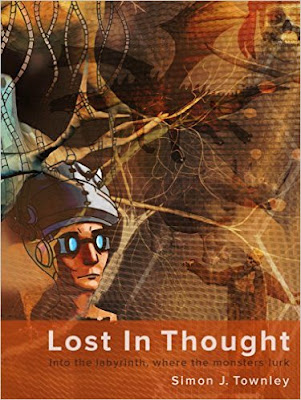 The opening few chapters paint a picture of the challenging relationship between Richard and his son, Luke. I empathized with Luke, and with his son who has some undefined mental challenges of his own. This ‘real world’ introduction is set against a beautifully drawn backdrop of a Cornish coastal town.

But the story doesn’t dwell in the physical world for long. Most of the words are used to follow the characters as they ride the roller coaster of Richard’s imagination inside his comatose father’s mind.

Posted by BooksAndPals at 9:48 AM