Review: Tales of the Whirling Rainbow: Myths & Mysteries for Our Times by Steven McFadden 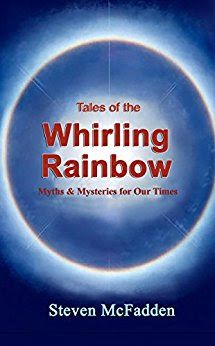 “Tales of the Whirling Rainbow is a journalist’s account of some of the key myths and mysteries of the Americas, and an electrifying exploration of how those myths are echoed in real time. Veteran journalist Steven McFadden weaves the living myths together seamlessly in a tightly written ebook that is highly authoritative, informative, and soul-resonant.”

Steven McFadden describes himself as an “independent journalist.” He is the author of at least 15 nonfiction books.

A short read that would especially appeal to readers who have a passion for getting to know more about the myths, religion, and spirituality of the indigenous people of the Americas. While I don’t think I’m in the target audience I found the commonality in some of the stories and fables of people who aren’t that close geographically interesting. That so many used common imagery was thought-provoking as well.