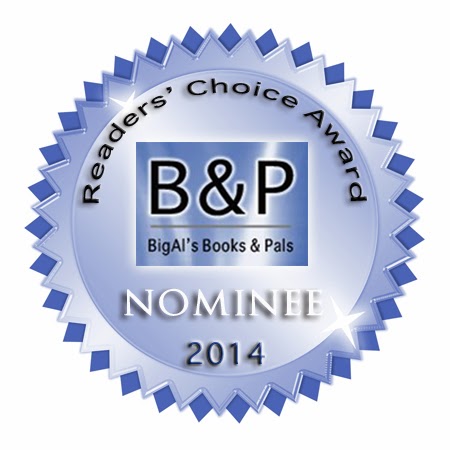 When an old friend suddenly reappears, a mysterious darkness begins to hound her. Shadowy truths will claw their way to the surface to finally see the light of day. Life and death hang in the balance when a long-buried secret refuses to stay dead.

As Abby’s black and white world spirals down into a treacherous sea of grays, she is forced to confront the evil stalking her before it consumes everything she loves.

Ghosts. Do you Believe?

Sophie Rhodes doesn't have a choice. She's surrounded by them.

Desperate to pay the bills, 29-year-old Sophie ignores the advice of her stuffy spirit-friend, Marmaduke Dodsworth, and takes a job with the handsome Dr. Callahan, an optometrist with a desperate situation of his own. The good doctor's problem? He has a spirit-friend as well: one with a fiery crush and a vicious jealous streak. When chemistry starts to brew between Sophie and Dr. Callahan, his green-eyed ghost wreaks some bad-tempered havoc, scaring away his patients and putting Sophie on edge. Will Sophie give up the ghost and quit the new job, or buck up and find a way to rid Dr. Callahan of his pesky specter, freeing their romance to find a life of its own?

At Shadow Academy, every romance is a paranormal romance. But what happens when you fall in love with someone whose destiny is to kill you?

For a girl named Destiny, an invisible dork everyone ignored, a dangerous paranormal romance is a creepy, but exciting dilemma. The first day at school she is plunged into a world of magic and meets Liam, a super-hunk sorcerer who jumps out of a limo and into her heart. Way easier to meet the man in the moon then getting someone like Liam to notice her.

Then why does he suddenly start paying attention to her?

Although Destiny has long-forgotten her imaginary playmate, Liam is haunted by the supernatural romance they shared as children. But Liam has a deadly secret.

Only Destiny can free powerful, imprisoned archangels who intend to raise a Nephilim army to seize control of the world. Tormented by opposing forces of good and evil warring inside, Liam knows he must obey the fallen angels and turn the girl he loves to the dark side or kill her. To stay together, the lovers must trick or defeat a terrifying worldwide network of evil spirits and demons.

Riveting, and romantic, The School of Shadows pits love against destiny, duty against desire, and calls for the ultimate sacrifice.

Determined to uncover the secret behind her eccentric aunt's mysterious death, Sadie Strange, a quirky substitute teacher with a Master’s degree in comic book superheroes, takes a job at isolated private school Strange Academy. Her biggest obstacle? Haughty hottie Lorde Gray, the chemistry teacher who looks down his Roman nose at her as he tries to get her fired.

Undercover demon hunter Gray vows to use his spell-brewing powers to protect Strange Academy's true purpose—educating extraordinary children with paranormal gifts. If the world knew the school's secret, it would start a war that would destroy humanity. Gray won't let a feisty mortal threaten that, no matter how much she swishes her heart-shaped butt.

When fate throws them together, strange allies Sadie and Gray seek to uncover the hidden forces behind her aunt's death before they destroy Sadie—and the school. But when the demon hunter forbidden from associating with mortals and the mortal woman who can't trust her own judgment around alpha males find themselves falling for each other, love is going to get a little strange...

PMS can be a real witch.

Enlisting the help of her shopaholic friend Chloe and sexy club magician Jackson Blake, Ivie is forced to play a literal game of cat and mouse as she races against the clock to change her ex back before she’s arrested for his murder.

With every new spell, a fresh wave of sexual desire draws Jack further into Ivie’s troubles, along with her panties, the car, the kitchen, and assorted seedy bathrooms.

Ivie soon discovers what every witch worth her spell book knows: There’s nothing worse than a bad case of Post Magical Syndrome.
Posted by BooksAndPals at 3:00 PM