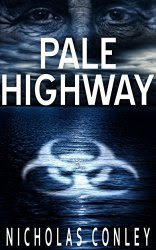 “Nicholas Conley's passion for storytelling began at an early age, prompted by a love of science fiction novels, comic books and horror movies. When not busy writing, Nicholas spends his time reading, traveling to new places, and indulging in a lifelong coffee habit. In order to better establish himself on the planet Earth, Nicholas has currently made his home in New Hampshire.”

“Gabriel Schist is spending his remaining years at Bright New Day, a nursing home. He once won the Nobel Prize for inventing a vaccine for AIDS. But now, he has Alzheimer’s, and his mind is slowly slipping away.

When one of the residents comes down with a horrific virus, Gabriel realizes that he is the only one who can find a cure. Encouraged by Victor, an odd stranger, he convinces the administrator to allow him to study the virus. Soon, reality begins to shift, and Gabriel’s hallucinations interfere with his work.

As the death count mounts, Gabriel is in a race against the clock and his own mind. Can he find a cure before his brain deteriorates past the point of no return?”

Well, this was sure different.

The main story thread, the search for the vaccine, is a solid science fiction story. What raises it beyond just another story is the character of Gabriel. He's an easy character to like. Extremely accomplished, yet far from perfect, he knows he's coming to the end of his days, and is coming to terms with decisions he's made in life that might have been mistakes. He has a lot of backstory which is introduced smoothly. Rather than feeling like it's being dumped on the reader all at once, it’s doled out at appropriate points.

I also found experiencing Gabriel's struggles with the deterioration in his mental processes due to his disease interesting, at least to a point. Anyone who has aged enough to realize their brain isn't as sharp as it once was may find pondering how they would handle Altzheimer's something to contemplate. (Then again, some may not.) As Gabriel's condition worsened, I often found myself uncertain what was hallucination and what was science fiction. If you're a sci-fi reader who appreciates character development, Pale Highway would be a good choice. 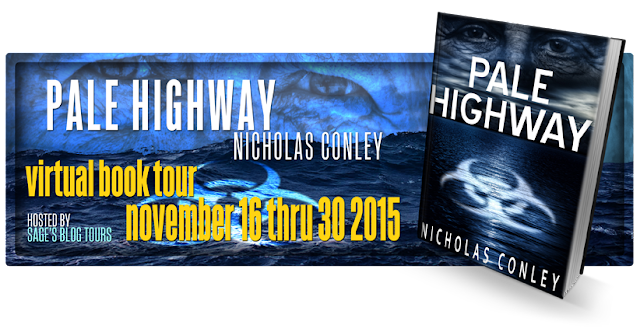 I'm going to be reading this soon, so I'm glad it's interesting. :)