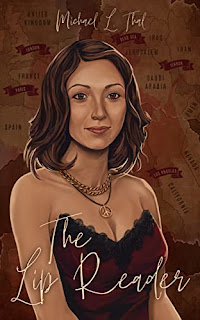 “It’s not what you get in life, it’s what you give back that truly defines you.”

Set in Iran during the 1960s and 1970s, and later in Los Angeles, California, Zhila Shirazi tells her story firsthand. She reveals the real-life struggle of being a deaf woman who refuses to allow adversity to stop her from reaching her dreams of living a normal and fulfilling life.

In 1985, disgusted with the treatment of Jews by the new Islamic government, Zhila immigrates to the United States in pursuit of better circumstances and a chance to receive a cochlear implant to improve her hearing. However, it isn’t until she is forty-nine, when she meets her soulmate, Mickey Daniels, that she begins to feel her life truly complete.

A decade later, after they have fallen deeply in love, Zhila learns that she is suffering from an aggressive form of cancer. In the months that follow, Mickey becomes Zhila’s primary caretaker, and the two grow ever closer as they fight the disease together.

Right up to the end, Zhila shows her caring nature, innate intelligence, and will power to overcome almost any challenge. Her courage and the beauty of her memory is certain to inspire all who venture to follow her on their quest for a truly meaningful life.”

A refugee from the cold Northeastern US, Michael Thal moved to Southern California more than fifty years ago where he taught elementary and middle school for almost thirty years. Then a “freak virus” left him deaf and he reinvented himself as a writer, with numerous published articles and multiple novels that seems to be working out. Thal even did a stint as a Pal, reviewing books at Books and Pals.

Although fiction, as author Michael Thal makes clear in the preface, this story is largely true. Names have been changed and I’m sure he had to take some liberties, taking guesses or coming up with a feasible way to piece things together at times, but for the most part this is the story of the author’s wife’s life. It’s real. That realness comes through in a good way. That a lot of the story happens in a country and culture that I have no experience with added to the reading pleasure for me as I developed a slightly better understanding of life in Iran during a particular period. Getting a feel for what it is like to adapt to living in America for someone coming from another country and vastly different culture was also interesting. Last, having had a best friend who was deaf I appreciated the insights into what it is like dealing with struggle that the story provided. Definitely a book I’d recommend.

Thanks for the wonderful review. - Michael