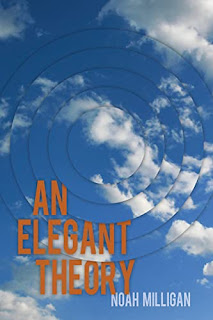 Coulter Zahn is a promising PhD candidate at MIT with a wife and a baby on the way. Understandably, he is under a lot of pressure writing his dissertation. When his hypothesis comes under criticism and his estranged mother (who suffers from mental illness herself) returns, his life starts unraveling or perhaps fracturing would be a better word? As Coulter loses control everyone’s life around him becomes irreparably changed forever.