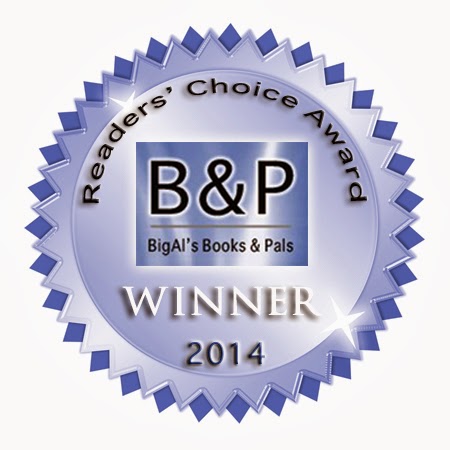 In the twelve months ending February 28th, 2014, BigAl and the Pals received over 1,400 books to consider for review and published 368 book reviews. From those, we chose the books we felt stood out from the pack as exceptional examples of Indie (self-published and small press) writing and divided them into thirteen categories.

For 10 days we collected votes from readers with more than 1,100 people voting.

For those who are interested in reading the original review for any of the books listed, they can be found using the indexes (by title or by author) linked on the right side of every page or using the search function on the top right.

Will You Love Me Tomorrow
Danny Gillan 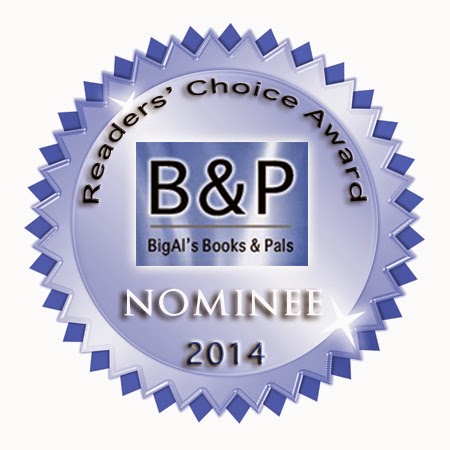 Although the nominees didn't get as many votes as the winner in each category, they were still among the best books we reviewed in their category and well worth your time.

She's the Boss by Lisa Lim

Adrift in the Sound by Kate Campbell

Blessed Are the Wholly Broken by Melinda Clayton

One Day in the Life of Jason Dean by Ian Ayris

One More Body by Josh Stallings

The Big O by Declan Burke

The Crooked Beat by Nick Quantrill

Oracle of Philadelphia by Elizabeth Corrigan

The Harbringer by Christine Rains

Witches and Bandits and Swords (Oh My!) by Dominic O'Reilly

Satan Loves You by Grady Hendrix

A Reason to Live by Matthew Iden

Lay Death at Her Door by Elizabeth Buhmann

Keep Me Ghosted by Karen Cantwell

School of Shadows by C.W. Schutter

Flaps Down: The Reluctant Hero by Jackie Weger

Life After Dane by Edward Lorn

One Lost Summer by Richard Godwin

The Rapist by Les Edgerton

Maisy May 2  by Naomi Kramer

Stone and Silt by Harvey Chute