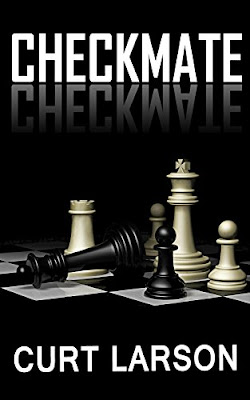 “Sebastien ‘Bass’ Masters loved technology and machines. He loved improving the output of machinery, making them sing. When his father passed away, he took over and grew the family textile business. When the opportunity arose to get into computer chips—semiconductors—with his father-in-law, he jumped in with both feet. He put his mechanical genius to work developing new and innovating technologies that launched their start-up into a contender.
When his father-in-law died unexpectedly, his wife took over the reins of the semiconductor company—then divorced him and shut him out of not only the semiconductor business but the textile factory as well.

When his son found him in Hawaii tending bar barefoot and asked for career advice, Bass realized it was time to get back into the game. With limited resources at his disposal, starting from scratch was out of the question. With no one willing to finance him in semiconductors, textiles was his best option. A path which led him right back to his old factory, closed and shuttered for years. But his ex-wife wouldn’t sell it to him.

Undaunted, he created a shell company and stayed in the background, working all the angles to buy and close the deal. Hiring his son to work for him infuriated his ex-wife even more and she was not about to let him win.

The game was now well and truly on. Who would win? Who would lose? Who would pull off the final Checkmate?”

A native of the Detroit area, Curt Larson has had a long and varied career working as a draftsman and engineer. He has two other novels available.

The dedication to this book is to the author’s sons with a wish that “the business advice buried in these pages find them and serve them well.” There is some of that buried here. For example, the idea that “the guy who doesn't make a mistake is the guy who doesn't do anything” is a good one to understand. In broad strokes, the story is a good one. However, once you get into the detail there are major issues.

Some are technical. There are too many proofing misses. There are issues with redundancy – yes, repeating the same story points over and over again. (Yeah, I have that problem too.) Did I mention repetitiveness? There are words that add nothing to the story. There are words that tell the reader way more than they need to know (or care to know).

Some issues are with the way the story is presented. For one simple example, a private investigator is listening in as the protagonist and his son have a conversation in a restaurant. He supposedly overhears father and son mention the names of their girlfriends in the conversation. If he heard Angela and Alicia, I’d buy it. But instead we have this.

Hector listened intently, hoping for more tidbits. He duly noted the name Angela Vaquero, although the name meant nothing to him, and Alicia Henderson, during the course of the conversation.

Not only am I not buying it, but as it turns out knowing the last names isn’t needed for anything later in the story. This is just one of many examples of the story stretching credibility. Doing it while telling us something that isn’t even needed is even worse. As I said, there is a decent story buried here, but not without cutting about a third of the words and lots more polishing.

An excessive number of typos and other proofreading misses.