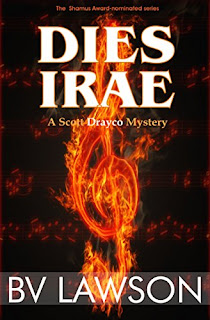 The first victim is a petit woman, and there is a statement that her body should contain six liters of blood. That sounded like far too much. An extensive Internet check indicates calculating the amount is an inexact science, but there are several references to the average volume for a 150 pound man being around 5 to 5.5 liters. It isn’t that relevant to the story but as a retired financial journalist, I remain paranoid about not flagging a possible numerical error. Original review ran January 3, 2016