What is the inspiration behind your writing? a guest post from Rodney Jones

Today's post is from Rodney Jones, author of the book The Sun, The Moon, and Maybe the Trains, which will be reviewed by ?wazithinkin the middle of next week. There are also lots of ways to enter to win a slew of prizes from Red Adept Publishing. Look for the details at the bottom of the post. 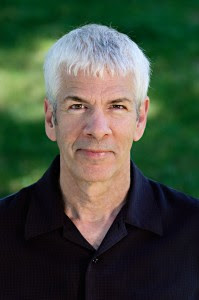 Disappointment was my inspiration. I knew from early on what I’d end up being when I grew up. I had my mind pretty much set by the age of seven. The earliest memory I have of declaring my ambition dates back to the summer of 1961. Every summer, my parents made the trip from our home in Selma, Indiana, to my grandparents’ farm in Oxford, Michigan, and then abandoned me and my siblings there for a five or six week stretch. This was fine with us, as we all worshiped our grandparents.

I recall the drive north dragging on for half an eternity—damn near the whole day. This was before the interstate highway was completed. It seemed to take hours just to get through Detroit and Pontiac, both of which were in their prime at the time—dense with cars, endless miles of traffic lights, and road construction. I’d be interested in the sights for a while, but inevitably they’d grow tiresome. The summer of 1961—I was busting with excitement as our car finally came up over the hill before my grandparents’ farm. I remember greeting my grandma with a hug, then running down to the barn where my grandpa was feeding the cows. He asked me about school (my first year), then asked me what I wanted to be when I grew up. I told him, “An artister.” He grinned, then laughed. I recall being puzzled by his reaction, wondering why my ambition to be an artister was so funny. But I didn’t let my bewilderment stop me.

I grew up with a talent for art and a disconnect for verbal expression. All through school I struggled with language, particularly writing. I was a slow reader, terrible at spelling, and had only a vague idea about grammar and sentence structure—I just couldn’t see it, couldn’t get my mind around it. All I cared about was art. I was in my early twenties when I read my first novel. The Crystal Cave by Mary Stewart. I remember it taking me forever to get through that book—me with my dictionary close at hand, looking up at least one word per paragraph. I kept at it because I was enthralled by the story. From there I slowly progressed into avid reader.

About two decades later, at the book store, I picked up a sci-fi novel, among the best books I’d ever read. I recall the ending of the story leaving me hoping a sequel would follow. And then, several years later, it did. I was very much in the mood for another great story by this excellent author. I rushed out and bought the book, eagerly dove into its pages, made it a few chapters in, and began to realize how dull and two-dimensional the characters were, and how unnatural the dialogue sounded. I couldn’t finish the book. It annoyed me. I remember thinking I could probably write a better story myself, and I’d never written anything before. This ridiculous idea turned into a challenge, which I found impossible to ignore. I was not inspired by greatness, but I was pushed to write by my own ignorance and arrogance.

Perhaps it wasn’t inspiration that started me writing, but I’m certainly inspired to continue.

Thanks so much for hosting Rodney and the giveaway!

We are really looking forward to the review. :-)

Thanks, Lynn. This was a fun story. Not even close to what I expect is typical for an author.