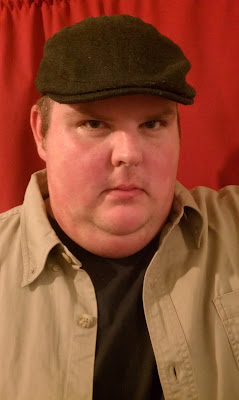 I have put off writing a series for quite some time. Personally, the only series I have ever really gotten into is the Odd Thomas franchise by Dean Koontz. I think the reason I find Odd Thomas intriguing is because each one of Dean's books can stand alone. You don't have to read any of the other books to find enjoyment with the one you're currently reading. But if you have read them in order, you do tend to feel as if you have a little insider knowledge. That’s what I'm trying to do with my Larry Laughlin series, beginning with what I like to call Book Zero, the novella, Hope for the Wicked.

So if I don't care too much for serial continuations, why am I delving into one? The answer is simple. My character won't shut up. When I wrote Hope for the Wicked, it was to be a stand-alone novella. I had no plans of doing anything else with the character. Months later, after finishing my third full-length novel, Life After Dane,—release date TBA—I found myself wondering what had come of Hope for the Wicked's main character, Larry Laughlin. Suddenly, I had enough information to fill at least three books. I didn’t have one big story cut into three books, as with the Lord of the Rings trilogy or Rowling's Potter books, but three separate events that would each lead to their own climactic conclusions.

I don't think I'm alone—though I may be in the minority—when I say I feel cheated when I've finished a book only to find that there is more to the story. I assure all readers that Hope for the Wicked does end and can stand on its own merit as a formative piece of the bigger picture. I'm doing this series not as a ploy to make more money or fool people into buying the next book, but because I don't think my character's story will end until he's dead. That may be a spoiler, but the truth is, I don't even know where the last of these books will end. Never before have I found a character so vocal as to keep me up at night with his pleas, begging for his story to be told, long after his story was supposed to be over.

Larry Laughlin is a sarcastic, cold-blooded killer with a code of conduct. He only kills those deserving of death, at least in his own eyes—pedophiles, mostly. Hope for the Wicked is a tale of retribution and tragedy that asks a very pertinent question: When is murder justified? Those readers who do not believe in capital punishment might find Larry's character a little hard to like, but the fact remains, he believes in what he's doing. I find that fascinating, so I will continue on within Larry's world until he's no longer among the living, or the world becomes a just and safe place to live. I have a feeling we'll see one before we see the other.

Edward's latest book, Hope for the Wicked, is available from Amazon US, Amazon UK, or Barnes and Noble.
a Rafflecopter giveaway
Posted by BooksAndPals at 8:00 AM

He is, Linda. I'll have a review of Edward's book in the next week or two. As a preview, it's a good book. Much of that is due to the character.

I like your thoughts on series! I firmly believe that some of my favorite books are parts of series, because you grow to love the characters so much.

Thank you to everyone who's commented, and a special thanks to Al for having me.

I hope you decide to give my work a try.

Have a great day!