Review: A Squatter in London by Irene Pylypec 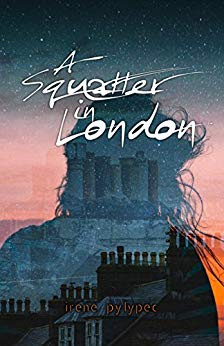 Told from a former squatter's perspective, this insightful, compelling narrative digs deeper into the squatting subculture of 1970s London by exposing the myths, while at the same time acknowledging the truth behind the stereotype.

When her traveling companion’s dad dies, the young woman from the Canadian prairie is thrust into traveling solo across the pond to England. She immediately falls in love with London but with only a three-week ticket and limited funds, she needs a strategic plan to extend her adventure. And she must do so in a turbulent environment of critical housing shortages, a tanking British economy, multiple social protests and unpredictable Irish Republican Army activities.

This is one woman’s story of how she handled these socioeconomic issues, all while combating culture shock, to achieve her goal.”

“Irene Pylypec, a sufferer of Peter Pan Syndrome, lives in Saskatoon, Saskatchewan aka ‘Paris of the Prairies’. A self-professed daydreamer and adventurer, she backpacked solo throughout England, Scotland and Ireland in the mid-seventies, where she caught the travel bug. Her passion for travel took her on numerous adventures to such diverse countries as Soviet Ukraine, England, Hong Kong and Mexico.”

Memoirs appeal to me because they allow you to view the world and the situations another person experiences from a different point of view, helping you to understand what life is like for someone else in a better way. Travel memoirs allow you to vicariously experience someone else’s travels, getting an idea of what a place where you’ve never been is like or, if you’ve visited that place, comparing your experience to what the author of the travel memoir experienced and hopefully understand the place more thoroughly.

A Squatter in London goes the typical travel memoir one better. I’m tempted to call it a “Time Traveler Memoir” because it takes place in a distinct time (the 1970s) as well as a distinct place (London, England) and a specific subculture in that time and place. Something I wasn’t aware existed at the time or really until I read this book. I found it interesting, both understanding and following along as the author figured things out, but also contrasting her experiences to what I know (or think I know) of London and other comparable cities and subcultures. If this kind of thing appeals to you, I think you’ll find this an enjoyable and eye-opening read. I did.