Reprise Review: A Reason to Live by Matthew Iden 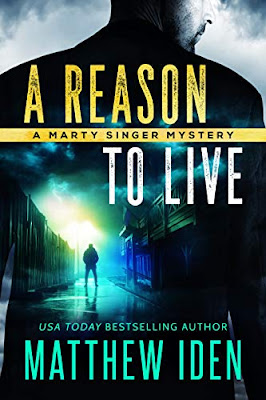 “In the late nineties, a bad cop killed a good woman and DC Homicide detective Marty Singer got to watch as the murderer walked out of the courtroom a free man.

I’d barely started reading A Reason to Live when I hit this paragraph.

Added for Reprise Review: A Reason to Live by Matthew Iden was a nominee in the Mystery category for B&P 2014 Readers' Choice Awards. Original review ran January 17, 2014