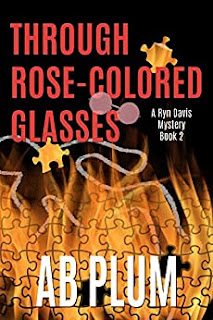 “Fans of rock star Stone Wall call Ryn a whore--in a class of her own--for staying with the abusive music legend. Hey, the prime suspect in his murder, she inherited his $250-million-dollar estate.

So what if Ryn uses the money to run Esperanza House--a place of hope and renewal? So what if thirteen ex-prostitutes live there with their kids mastering computer skills to stay off the street? So what if a hundred percent of the women are working the program with great success? Once a ho, always a ho.

Then, a 3-alarm fire destroys the Esperanza House dorm. The body of a 13-year-old girl is found in the rubble. Brutally murdered. The women rally around the inconsolable mother while fighting their own despair. Who will track the killer of the daughter of a former ho?

Old nightmares and current obsessions drive Ryn to undertake a search for justice. One dead end after the other finally brings her face-to-face with the murderer. Her discovery rocks her to the core and threatens to destroy Esperanza House.

Can she look the other way?”

AB Plum is the author of numerous books ranging from psychological suspense to mysteries and even some romantic suspense novels in her early days as a novelist. After growing up in southern Missouri, Ms Plum lived and worked in a wide variety of places including multiple countries in Central and South America. She now lives with her husband in the Silicon Valley area of California.

There was much about this I liked. The characters, not only Ryn, the main character in this story, but the other characters as well, were much different from the people I run into in a typical book or real life. Yet they felt real. Many of the characters, from Ryn to her ward and frequent sidekick Beau, to the residents of Esperanza House, the home for ex-hookers turning their lives around, are damaged in different ways, yet working through this, which makes them sympathetic. Seeing the world from Ryn’s point of view was strange at times, but made for a unique story that I mostly enjoyed reading. At the heart of the story is figuring out whodunit it, and Ryn eventually does figure that out. I had several theories occur to me, none of which was the right answer. Maybe you’ll do better. I was surprised, which I see as a positive in this kind of book, at least if answer is one that could have reasonably have been considered. I’d say this ending barely fits that criteria, but it’s a close call. I can’t say more without giving spoilers, so I’ll leave it at that.

However, I had two issues with the book, one minor, the other I considered more serious. The big problem was proofreading. I spotted way too many proofing issues, enough to knock a full star off of what I’d have otherwise given the book. These ranged from typos, to wrong or missing words, to one instance where a character was referred to by the wrong name. My minor issue was the use of Spanish, specifically a line or two here and there throughout the book. The times it was used were reasonable and generally positive in they added to the feel of the story, emphasizing the culture the character came from or other good reasons. But they also weren’t phrases that a typical person without a fair amount of Spanish knowledge would understand. Sometimes I could translate the phrase. Sometimes, even though I didn’t know the translation, I felt as though I could get the gist of what it was communicating. But too much of the time I felt like I was in the dark and was probably missing something that, while not critical, I’d like to know. Depending on your answer to habla usted Espanol?, this may be a non-issue or even if you don’t speak Spanish, it might not bother you like it sometimes did me.

This is the second book in a series, but can be read as a stand-alone. I haven’t read the first book in the series and didn’t feel like I had issues understanding what I needed to know from the character’s past.