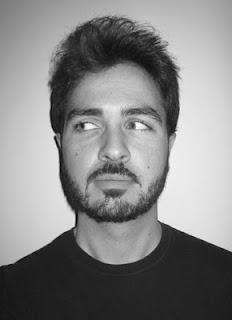 "... eventually I realized what a debt of gratitude I owed the pious overseers of my rural  elementary school."

The author interview this week is with Arthur Graham, one of the reviewer "Pals" of BigAl's Books and Pals, as well as an author. Authors interested in participating in our weekly interview can find the details here.

Well done Art ! I still remember the "Slime" days -even then I knew you were destined to be a one of a kind weirdo.

Good interview, Al! (with a real author this time :D)

What a great interview, I'll be reading and reviewing Arthur's book The Editorial in about 2 week or so, and after reading this interview I just can't wait. And he seems like a really super guy.
Thanks for posting this interview for us

Great interview! I'm working through the reissue of Editorial too, and it's some awesome stuff - I'll have to post a review, too.

-Jon (the other) Konrath

Thank you, everyone, for the kind comments and support.

I too have Art's book, Editorial. I follow his web site. His book creepily reminds me of King, without the big $$$. Thanks for the interview Al(I just found your site), and thanks for the answers Art.

For those reader's out there, two things about Editorial, you will either hate it or love it, there is no in between, you also won't be able to put it down till the last page. I finished the book, felt like I'd been smacked between the eyes and sat there for a while going "WTF, wtf, did I just read?" I have read it several times now and it still makes me go "WTF?"

Hello again, Marell. I'd have to say that your estimation of the 1st edition is 100% correct - Whether readers enjoyed it or not (very little middle ground there), the consensus seemed to be that it was a page turner either way!

I'm hoping to reach a somewhat broader audience with this 2nd edition, which has undergone MASSIVE revisions based on feedback received over the past two years. Shoot me a message at arthur.graham.pub (at) gmail (dot) com and I'll be happy to gift you a copy!

Arthur, congratulations on getting picked up by Bizarro. I am looking forward to the new edition of "Editorial."

Thanks, Karen. Just do us both a favor and "Look Inside" first - While I stand behind my writing, there really is no accounting for taste!

Thanks for all the great comments.