Horror Is The Only Genre

Today we have a guest post by horror author Edward Lorn, author of Bay's End, which we reviewed earlier this year. His latest book, Dastardly Bastard, is one of the first  releases from small press Red Adept Publishing and will be reviewed next Friday. Don't miss the chance to enter the giveaway Red Adept Publishing is sponsoring on the blog tour in celebration of Edward's new book. 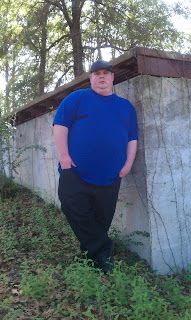 I don't write horror because I love the genre, but because, to me, it is the only genre. What is horror, other than a delivery device of fear? Any story worth its salt, has an element of horror hidden in the wings.

Here are some examples:

Of Mice and Men tells the story of a man—George—traveling with his mentally challenged companion, Lennie.  If the end of this John Steinbeck masterpiece is not horror, I don't know what the term means. If you don't know how the books ends, skip to the next paragraph because I'm about to spoil it for you. Lennie, a hulking form of a man with the mind of a child, accidently kills a young woman. George, trying to save his friend the repercussions of his actions, kills Lennie. It's an act of love, but it's also an act of murder. The themes of Steinbeck's tale and Mary Shelley's Frankenstein are astoundingly similar. Both Lennie and Frankenstein's monster were misunderstood by society. Neither one knew his own strength. These are fears we all deal with in our daily lives. The terrifying part is that we can relate.

One of the greatest tragedies ever told, Shakespeare's Romeo and Juliet, has a kicker of an ending. Forget that these two lovebirds are mere teenagers, and focus in on the shocking conclusion. Thinking his love dead, Romeo kills himself. The reader knows Juliet isn't dead, and therein lies the fear. The tension builds, hopes soar, you're sure she will open her eyes at any moment and stop Romeo from drinking the poison, but alas, she awakens too late. Juliet kisses Romeo with the hope the poison will transfer to her, but it doesn't work. What's a girl to do? How scary must a world without Romeo be, for Juliet to stab herself in the chest? That is a horrifying concept.

One Flew over the Cuckoo's Nest was one of the scariest books I ever read. Nurse Ratched actually terrified me more than Annie Wilkes in Stephen King's Misery. The book gave me that cold, all-encompassing fear when you know there's absolutely nothing you can do to stop the monster because it has complete control. Not to mention, McMurphy getting lobotomized, and then smothered to death. Still makes me shiver just thinking about it.

Don't even get me started on Frank Baum's monster-filled LSD trip, The Wizard of Oz. You have flying monkeys, mindless soldiers hell-bent on following the orders of their mistress, and a witch so murderous and cruel, she would not only like to see Dorothy dead, but her little dog, too.

I'd like to close this diatribe with an oldie, but a goodie: The Bible. Never has one single piece of literature scared so many. If you look up the meaning of the word fear, one of the definitions is “reverential awe,’ as in, the fear of God. Compounding that fact, you have nightmarish tales of being swallowed by a whale, being turned into a pillar of salt, fire and brimstone raining down to smote an entire city, betrayal, crucifixion, seven-headed beasts, and the end of the entire world as we know it. And trumpets. Nothing's scarier than trumpets.

In summation, I would challenge you to tell me one specific book, or movie, where horror is absent from the overall plot of the story. I like being right, but I love being proven wrong.
a Rafflecopter giveaway
Posted by BooksAndPals at 8:00 AM

Great post. Have to say, I had never thought about horror being the only genre, not being a horror writer myself, but you may have convinced me...

Best of luck with your book.

I hate it when you're right! Great BLOG!

This, coming from a horror writer...

Some fair points regarding fear, and how readily this emotional response lends itself to the conflicts present in much literature, but fear = horror, thereby making horror the only genre? That's like saying the heart is the only body part because (presumably) every living body has one.

To my mind, what makes a fearful situation horrific isn't the fear itself, but how skillfully (and to what effect) the author is able to exploit it. For instance, I'm afraid that maybe my toast will burn while I'm in the shower. The example seems flippant, but the point is still valid - If captured on paper, does my "fear" automatically translate to "horror"? This particular situation might be better suited to comedy, but a good horror writer could potentially pull it off.

Maybe a better example would be reading about the casualties of war as statistics (not so horrific), vs. reading about them as living, breathing people who come to learn that their lives aren't worth a barrel of oil (quite horrific).

I would also think that this has something to do with interpretation, yes? You mention the Bible - a relatively unfocused, bemuddling collection of stories that would likely put most horror fans to sleep. I don't don't know about you, but it's the notions some people read into this book that most horrify me...

I disagree with your definition of 'horror'. Horror, in my mind, is the INTENT to frighten, or to induce feelings of horror (over all other concerns).

It's the intent, I think, that makes the genre.

But if you're content with painting with as broad a brush as 'inducing fear' then, sure, you'll be hard-pressed to find a lack of "horror" in almost any story.

Nonetheless, I disagree with your statements. You are making a broad generalizaton, much like one might say "all stories are in the Mystery genre, because you have to figure something out."

I actually agree with everything you said. Well put. I would like to add a few things, though.

No, the heart is not the only body part, but it sure is hard to live without one. Same with stories that hold no conflict in their text.

With horror, as you state, everything is subjective. It does take a skilled hand to relay a feeling of terror when writing about such a banal topic as burning toast.

And I couldn't agree with you more as far as The Bible is concerned. It has even scared you, but only because of the lengths believers in that book will go to be proven right.

"This, coming from a horror writer..."

Yep. What would you expect from that type? :)

There is a serious point there, though -- about how we all see the world through our own sensibilities.

A lot of what Stephen King has written starts out in suburbia, and at some point he takes something mundane and makes it horror. There is a point where he could have went for literary fiction, but then he'd be Franzen.

But the seeds of horror are everywhere. Like when the toast you burn is the last piece, or the second to last piece and -- as you bite in -- you notice the thick mold on the remaining piece. (It's dark in the kitchen.) :)

The writer makes a choice to accentuate or downplay the inherent horror in the story, the terror that would paralyze us if we assessed the seeds of tragedy and/or disease we all carry inside of us.

Maybe anything that is not specifically horror is an example of whistling past the graveyard.

Very entertaining blog post! Any horror is the perspective of possibility in the readers mind. I scare myself everyday because I know my own deepest fears and can weave them into almost any situation. A good writer can take you, unsuspectingly, around those internal walls of defense we have built to protect our sensibilities.

And here I thought horror wasn’t a genre I enjoyed. Thanks for ruining all the books I have ever read, Edward! Just kidding! I do feel a bit more enlightened by this discussion, though. Thanks Al, for an excellent guest blogger post. I may have to check out Edward Lorn’s books. I love the title Dastardly Bastards!

Thanks for your post today, Edward, and everyone for their comments. Some interesting conversation.

Thank you for having me, Al. Looking forward to your review next week.