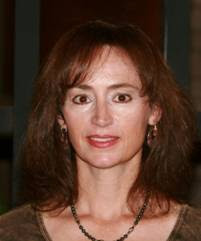 We danced. He said he loved me. I swooned. He left me at the altar. I pined. Then I self-published.

You’re a native of the Midwest who went to college in Northern California, majoring in Business Administration with a concentration in Computer Science, and worked in the area for several years after graduation. Tell us about the kinds of jobs you did.

I’m not from anywhere. I was conceived in Bordeaux, and my parents berthed in the Midwest long enough for my hair to dry. I spent my formative years on the East Coast and later landed in a different heartland zip code before heading west.
Prior to college, my jobs were numerous. I was an apprentice machinist, sold cars, worked at a race track, coordinated services for the disabled, and posed as an artist’s model. After college, I poured my energy into Silicon Valley. I managed operations in companies that manufactured semiconductors, motherboards, daughterboards, software, and coin-operated video games.

Your education and work have impacted your novels, which both have at least one major character who is heavily involved in technology. Besides this obvious influence, how has your work experience influenced or helped you as a writer?

I’m naturally a bit of a geek, and I appreciate the ooh-ahh factor of high-tech. If my last name were Wallenda, I might write about the circus, and my protagonist could swing from a backyard trapeze.  As writers, we start from where we are and what we know and research fuels the questions that intrigue us.

But my characters aren’t Supers whose abilities surpass those of their mortal brethren because I don’t know anyone like that in real life. I write about people from various strata who are my contemporaries. As such, their world offers them technological tools accessible by anyone with wi-fi and a laptop. In some cases, it may be their only weapon.

Have you always wanted to be a writer?

I’ve always been a writer–a communicator of ideas and plans and stories. In the past ten plus years, I’ve gotten serious about the medium of novels. I don’t see writing as an exclusive track because otherwise, what would there be to write about? If I were to have chosen the starving artist path earlier in life, I would have been an actor. ~waves hand~ Former theater major here. Writing dovetails with any other pursuit.

As a reader, who are your favorite authors?

John le Carré gave us the greatest spy of all time in George Smiley. Neither flashy nor dapper, frumpy George fought in the trenches of the Cold War. Len Deighton offered us more realistic alternatives to James Bond with Harry Palmer and Bernard Sampson. Though, I still like gadgets.

John Grisham made me want to write a novel. He made it seem easy.
I spend the majority of my reading time on Indie works and in beta reads of my inner circle.
In the bio section of my review of 3 Lies I commented on being jealous when I read that you’d seen The Clash at the San Francisco Civic Auditorium in the eighties. You responded in an email with a story about Michael Stipe of R.E.M. Can you repeat that here?

Perhaps not all of it . . . Michael was a friendly, nerdy kid who lived down the street. Black horn-rims, gym socks perpetually on display, and a white-boy afro, like most of us, he had a few awkward years. His about-face happened in high school when he started dressing up weekly for the Rocky Horror Picture Show. Not the same guy. Years later, I saw his picture in the newspaper with some group named R.E.M. I knew he was in a band but hadn’t heard of them–too busy listening to The Clash. I thought I’d stop by the venue and say hello. Turns out it was the Oakland Coliseum. I didn’t go.

For me, that Clash concert was more notably the first time I saw The English Beat who opened the show. Their live performance was amazing–no flames, no snakes, no trapeze–just a tight, talented group of musicians enjoying their craft, especially Ranking Roger.

Now that I’ve done an awkward segue away from books into music I’ve got another music question. You grew up near St. Louis, which is a great music town. Then lived near San Francisco, which is another. Now you live in Texas, which has a music culture that is second to none, not only in the cities, but also in many of the smaller towns. Since you’ve moved to Texas have you had a chance to see many local musical acts and if so, who are some of your favorites?

My mosh pit days are mostly over, but the local music scene is rich. While the alternative scene is alive and stompin’ in Deep Ellum, lately my tastes lean more towards jazz. I’ve seen some great combos, but most of them assembled just for that night. Often they have sit-ins from the Booker T. Washington High School for the Performing and Visual Arts. Norah Jones and Erykah Badu, among others, graduated from this school. I enjoy the music of a local artist named Freddie Jones who plays some mean horns–yes, two at the same time–and a versatile pianist named Ken Boome. These guys are indie artists, so of course I bought their CDs.
The music program at the University of North Texas in Denton is highly respected. Over the years, they’ve turned out some notable musicians including Roy Orbison and Don Henley.
Sadly, venues for local, live music seem to be shrinking. No, I don’t count DJs and Karaoke. I can always hang out at Fry’s or Nordstrom and applaud the piano player who is universally underappreciated.

What are your hobbies and favorite leisure time activities?

I’m a dabbler when it comes to hobbies, and I go through phases. I recently learned to identify meteorites, in case I come across any in my travels. Or one comes through my roof. I’m a celebrated special-events cook, but reheat things during the week. I love water activities–boats of any kind, water-skiing, and plan to learn how to kite board.

Even though I’m gardening-challenged, I still subject vegetable seeds to my cruel experiments from time to time. But there have been murmurs of an uprising.
I suppose I should get back to the subject of books since that’s why we’re here. Can you tell us about your two novels, what they’re about and what inspired them?

The origin of an idea is quite different from the flashes of inspiration that propel you through ninety thousand words. The idea for 3 LIES developed when I started to resent my constant tether to the digital world. While I like gadgets, I don’t want to be ruled by one. Gotta cut the cord sometimes. Here’s the e-flap copy:

At CIA headquarters, a young officer discovers that terrorists may have commandeered their computer systems to launch an unauthorized mission. Elsewhere, conspirators abduct nine people to manipulate the rules of their game. Two disparate ambitions — Clint Masters becomes the reluctant link in the chain of danger.

Ever since Clint’s almost ex-wife dumped him, he bobs along the Massachusetts coast in a sailboat with his black lab for company. He avoids all forms of technology, a counterintuitive effort for the burned-out founder of CatSat Laboratories. Tired of clutching the brass ring, he needed to untether, step off the corporate treadmill, and smell a flower. Fortunately, he met one, a beautiful, unspoiled woman who doesn’t treat him like a commodity. His relationship with Beth offers more promise than his marriage ever did, even if she is on dialysis for her recovering kidneys, until she disappears.

In spite of the evidence, her family refuses to admit she’s in danger. Without routine dialysis, she won’t survive. As Clint realizes that he loves Beth, damn-near ex-wife Paige sashays back into his life with disturbing news.

While the CIA young gun tracks his quarry, Clint enlists the help of two men to find Beth, a blithe Brit named Merlin, and Todd, his playboy partner-in-tech. But Clint must find Beth before her kidneys fail. And before someone unloads a bullet in his head.

The Bernie Madoff case provided the flint for DARK POOL. While he swindled many fabulously wealthy people, some of his victims were financially ruined. Also, I lost my father to Alzheimer’s. It’s a dreadful disease. From the back cover:

By this time in her life, Maggie Fender expected to be on her way to law school. Instead she’s far from any degree, waiting tables to support her teenage half-brother and their ailing father. With early onset Alzheimer’s, her father’s lucid moments are few and unpredictable.

Her brother’s legal defense for felony hacking charges strained their finances to a snap. In spite of the conviction, he claims he was framed. But now that he’s on parole, he also claims their father is sending them messages.

Maggie’s tired of the struggle, but she’s everybody’s legal guardian. Slowing down will lead to disaster. She can hustle. Or face financial ruin.

This isn’t the life she envisioned.

In the news, disgraced hedge fund manager Patty O’Mara awaits trial for bilking investors out of forty billion dollars. The legendary dark pool wizard offered phenomenal profits until the SEC examined his books. Then they discovered O’Mara didn’t make any legitimate trades on the market.

O’Mara ran his hedge fund the way Charles Ponzi and Bernie Madoff ran theirs. It was all a fraud.

One wealthy investor rallies the troop of irate victims by hiring a noted private investigator to find the missing pot of gold. A Russian mobster, out thirty million in cash, prefers to search for the money alone and without witnesses. Their competing efforts sift the same set of facts.

So why are they both interested in Maggie Fender’s incoherent father?

While SEC officials try to rebuild credibility for allowing the financial scandal to rage unchecked, the private investigator and the Russian mobster vie to answer a solitary question:

What happened to all that money?
Tell us about your route to publication. Did you attempt the agent query gauntlet?

We danced. He said he loved me. I swooned. He left me at the altar. I pined. Then I self-published. I’m praying for divine favor.

Publication is a hard road any way you travel. Few gain an audience right away. Some never do. Some are overnight sensations after several books and many years. I’m confident. And patient. Not everyone has to love me. No one has a right to success.

What are your future writing plans?

My current novel is about an unlovable sort. He’s the young man in the back booth at the coffee shop hunched over his laptop. Your email in-box chokes on his offers for virtual casinos, replica watches, and virility in a bottle.

Meet Baxter Cruise: spammer for hire. His cozy world of lattes and free wi-fi is about to explode.

Thanks for such a thoughtful interview, Al. I appreciate your time and talent in doing this. All the best~

Great interview! I had to laugh at the description of the "dance" with publishing - what a great way of explaining it!
Melinda

Thanks for doing the interview, Helen.

I agree, Melinda. A great description.

“I recently learned to identify meteorites, in case I come across any in my travels. Or one comes through my roof.”

Thanks for sharing, Helen. It’s great to meet the person behind the author.

Always a pleasure to *see* you, Vicki :)