Thanks, Dad: A Guest Post from Edward Lorn, author of Life After Dane 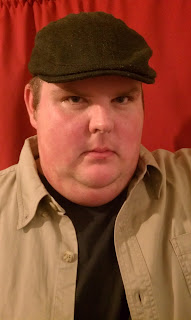 I don’t have many fond memories of my father. In fact, there’s only one that really stands out. And that one only became a good memory later in life. My dad lived off my mother for twenty-five years. He cut grass on the side, but only when Mom couldn’t afford his beer and cigarettes. Even though he didn’t put into the pot while I was growing up, he was still king of the castle. What he said went, and so on. When his mother died, instead of helping Mom pay off the immense credit card bills our family had accumulated just trying to make ends meet, Dad went out and bought himself a new truck with his inheritance money. Class act, my father.

Now, most of you might be wondering why this became a fond memory for me in my adult years, so let me explain. Not that Dad meant to do this, but he taught me a very valuable lesson that I will always be grateful for. By observing his inactivity, I learned what not to do. Because of Dad, I will do anything to make sure my family is safe and secure, financially or otherwise. Thanks, Dad.

Don’t get me wrong. I don’t think my father was an evil man. He didn’t beat me or my mother. The only real abuse he was guilty of was emotional, but he was subtle about it. The man never once said he was proud of me, nor did he congratulate me when I did something right. In my freshman year of high school, I brought home all As, to which he responded, “What? You think you’re smarter than me?”

Yeah, he wasn’t evil, but he was a horrible human being. He simply lacked the will to participate in life for fear of failure. He felt no need to provide for his family because his wife was capable. I don’t think it ever crossed his mind that things would have been much easier if he’d have gotten even a part-time job. From what I was told, Dad’s step-father was a good man with a strong work ethic. Why my father didn’t turn out the same way, I haven’t a clue. Everybody seemed to love my dad, though—strangers, extended family, even my childhood friends. The man was as charismatic as he was lazy. By the time I reached my final year of school, I came to realize that if I ever wanted to succeed at anything in life, I had to be better than him. Once again, thanks, Dad.

In my newest novel, Life After Dane, I created a serial killer whose childhood was filled with physical abuse and neglect. I kept one key thought in mind: What would I have become had I followed in my father’s footsteps? Though no one character was based on my father, I see parts of him everywhere in the book. That’s a first for me. Usually, I find myself bleeding into my characters.

In the end, I turned out all right because I was able to use my old man as a template for what I didn’t want to become. Dane, not so much. But you’ll have to read the book to understand why.

Until next time, Books and Pals,

P.S. Big Al, you die in the next book. Not this one. Cheers!

I may have to hire some fictional bodyguards, E. At least I can be glad it wasn't Dane who kills me. I sure hope I go fast. :)

Also, be sure to enter the giveaway for a chance at some great prizes.

: a Rafflecopter giveaway
Posted by BooksAndPals at 8:00 AM

Edward, you show great strength by not following in your father's footsteps. Thank you for sharing your experiences with us. Lyn

More power to you Edward, I kinda wish I had the nerve to read horror books. This sounds like a good one.

Edward, your mother must've been an amazingly strong woman. I'm guessing you take after her.