Ebooks and print-on-demand paper books are changing the reading world in many obvious ways. Indie author Joe Konrath likes to say “an ebook is forever” because, unlike in the past, a book need never go out of print. Many authors are taking their previously out of print books and resurrecting them as indie publications. Some, like two time Books and Pals Readers’ Choice Award winner Donna Fasano, tweak these books first, making minor modifications to things like pop culture references that would seem dated. Other authors change titles or covers, searching for the combination that does best drawing in their target readers.

When I read and reviewed Pete Barber’s book Allah’s Revenge a year and a half ago, I thought it was a darn good read, giving it five stars (look for a reprise of that review next week). Most other reviewers gave it high marks. In this post long-time Pal Pete explains how, in the new book world, a book can always be made better. 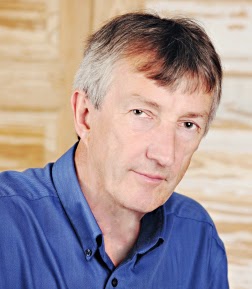 I spent the past two months rewriting and re-imagining my debut novel, first released August 2012: new cover, new title (NanoStrike), and a new 8,000-word haircut. With such a big commitment of time and dollars, you might assume that the story sucked! But more than twenty strangers were kind enough to post Amazon reviews of the work, and they were overwhelmingly positive.

So the decision to re-launch wasn’t a commentary on the original or a criticism of the excellent professional editor and graphic artist who helped me construct and publish the first time around. Quite simply, the original novel, Allah’s Revenge, was the best I could produce at that time.

A lot has happened since 2012, I’ve read over four-hundred Amazon samples to find the fifty+ novels I’ve reviewed for BigAl. I’ve spent thousands of hours writing fiction, and completed three novels. In the process, I’ve learned that Allah’s Revenge is no longer the best I can do. I’m sure that’s true for every author. This is a journey, and we learn, and I hope, improve en route. I’m not suggesting that a backlist should be re-vamped every couple years. But this was my debut story. My next novel has been picked up by Red Adept Publishing, and I want all my work to reflect, at a minimum, the standard they expect of me,
and more importantly the standard I now expect of myself.

Better mechanics—I tightened the prose. This accounted for an astonishing 5,000 word reduction. Well it astonished me, anyway--same story but 6% fewer words!

The other changes--the major changes--stemmed from learning to trust my reader more. Let me explain:

I cut two full chapters associated with one of my minor characters, Lana. Good chapters, too, compelling, tension-filled chapters that engendered concern and sympathy for a young girl. Her fate is important to the plot, but with hindsight, I realized the reader only needed a few lines of narrative guidance to insinuate and imagine what had happened to Lana. In the original, I laid it out in detail. I didn’t trust the reader to get the connections. I should have. Bub-bye to 3,500 words.

The new title, NanoStrike, and a more dynamic cover, position the story firmly in the techno-thriller genre. I avoided this in 2012 because I felt there was far more to the tale than technology: multi-faceted characters, exotic locations, religion, love and loss and vengeance. But again, my assumption that a techno-thriller reader wouldn’t be interested in a broader canvas underestimated the person turning the pages. I shouldn’t have.

The plot still reflects my fascination with nanotechnology’s ability to grow products from their atoms, mimicking Mother Nature. Of course, any technology can be turned to good or to evil, which is the crux of the story.

An old adage is to write what you know. I spent a number of years as the only gentile in upper management, working for an Israeli software company. My experiences in the Middle East added depth and color to the locations and the players. In particular, a main character’s epiphany whilst on his pilgrimage to Mecca (The Hajj) drives the story arc. As a non-Muslim, I had to rely on research to understand The Hajj, I became absorbed (my wife says obsessed) with the transformative power that spiritual experience must have on a Muslim as he or she struggles through the intricate rites and becomes a haji, writing that section was also transformative for me.

If you decide to check out NanoStrike, I hope you’ll agree that the original reviewers were correct in their positive assessment of the tale, but either way I’ll trust you to use your own judgment because the novel is now the best I can make it.

****************
Pete has made NanoStrike free for the next several days for Kindle readers. Get your copy now from Amazon US or Amazon UK.
Posted by BooksAndPals at 8:00 AM

Great stuff, and thanks for sharing. I've found the same thing to be true, and have gone back to change already-published work. It's wonderful for writers to finally have such total control over their vision and story!

Pete you are in good company - many great writers revise their work for the same reasons you pointed out - One of the most famous was the reprint of "Song of Myself" by the great Walt Whitman. (revised 5 times)If he did it back in the 1800's then why not us today. We grow as we hone our craft - and any updates of our work just reflect the love we have for the art of writing. Great post.

Oddly (perhaps) I'm just reading the last ten pages of 'Allah's Revenge' (it's been on my Kindle a while). What attracted me to the book was that Islamic Fundamentalism was a part of it. This is a major threat in our world, but little dealt with in fiction. Probably very few people in a position to write about it have the knowledge to do so. Your knowledge of the area (geographical and religious) shone through.

I am glad to know that Lana's ordeal is not shown so graphically in the revised version. I felt it belonged in a different sort of book.

My own novel uses nanotechnology (nanonics, as I call it) as a plot thread. If you feel you could consume one more Kindle sample without exploding, you might possibly be interested in having a quick look at the sample of 'Is death really necessary?'?

I read NanoStrike and gave it five stars! I was impressed with your knowledge of Islam. It was riveting. I would never had read the book under its former title--it just did not appeal to me. Like you, I'm taking my back list and earlier novels and giving them hard edits. Once done, out they go to an editor. I struggled with hiring the right cover artists. So each of my indies have had title and cover changes. The third time is the charm. But it was a slog and a fabulous learning experience.