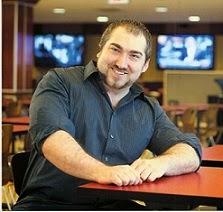 To really put some flesh on the bones of a story, you can’t just focus on fight scenes and fanciful settings; you need to know your characters inside and out.  Often, it helps to base some of our characters’ traits on people we’ve actually known in real life.  Either way, though, taking the time to craft these details will do wonders for the overall development of the story (even if some ideas end up on the cutting room floor).  With that in mind…

3)    Going along with that, what is one practice, trait, or quirk that is symbolic of the character’s personality?

4)    Where did your character come from (a distant realm, another planet, the very same village in which the story starts, etc.)?  Does this place look like our world or is it different in some profound or subtle way?

5)    What is your character’s economic class, compared to those around him/her?

6)    Are your character’s parents/loved ones still alive?  If so, are (or were) they on good terms?  If they’re dead, how did they die?

7)    How educated is your character?  Can he/she read and write?  If so, how/where did they learn?

8)    What’s one mistake that your character made and what were the consequences of that (no matter how small)?

9)    Does your character have any prejudices, odd fears, or misconceptions that will be resolved by the end of the story?  If so, what are they and what are their origins?

10)    List one thing that your character likes or hates that also exists in our world.

11)    What does your character want, more than life itself?  What are the origins of that desire?

12)    Has he/she ever given up something in pursuit of that ambition?  If so, are they haunted by or ignorant of the depth of this loss?  Will that change by the end of the story?

13)    Has your character ever experienced a profound sense of failure?  Has he/she ever betrayed someone?  If so, what were the circumstances (or what will be circumstances be)?

15)    Is your character proficient, or trying to become proficient, in some particular fighting style?  If so, what distinguishes this from other styles?

16)    Does this character have someone that she/he admires?  Loves?  Is that feeling reciprocated?

18)    What’s one thing that this character will achieve by the end of the story?

19)    What’s one thing that this character wants to but will not achieve by the end of the story?

Once you have answered all (or most) of these questions, you should have a pretty good idea who your character is.  You’ll also probably be starting to get some ideas for the overall story.  Once you start writing, though, it’s critical that you avoid what’s generally referred to as infodump—that is, pages and pages of genealogy, mythology, and descriptions, and backstory about characters or their world when we don’t care about them yet.

The trick is to reveal all this information about the character gradually, perhaps over the course of the entire book (or series).  On the other hand, you have to make us care about this character ASAP so revisit your answers to those questions and decide which trait, action, or quirk that you’ll introduce us to first.  Warning: if the character in question is your protagonist, you don’t want him/her to seem too brave, good, or strong too soon, or else the reader will begin the story already being unable to relate.  We could say something similar about the antagonist; if they’re flatly cackling with evil, you run the risk of your reader raising one eyebrow and thinking, Hmm, I’ve seen this before…
Get your copy of Wytchfire, Michael's book, from Amazon US (ebook or paper), Amazon UK (ebook or paper), or Barnes & Noble. Also, be sure to enter the giveaway below.


a Rafflecopter giveaway
Posted by BooksAndPals at 8:00 AM

Great tip, Michael. Even if you've been writing for years, it's easy to forget all those foibles that make a character human. Thank for sharing! :)

Excellent list. And looking at it I think I've covered my bases pretty well. :D

Excellent list. And looking at it I think I've covered my bases pretty well. :D