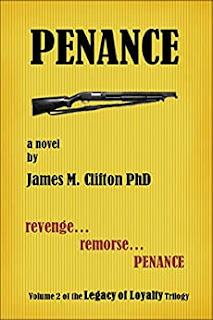 “Carlos Ramirez is an Ivy League educated lawyer and the son of an infamous drug lord. He spent most of his life sheltered from the seedier side of his father’s business dealings, devoting his time to running his family’s legal business ventures. All that changes, however, when his father is murdered by his partner, the head of the northeast Irish mob. Consumed by hatred, he and his sister Lena exact their revenge.

Seemingly oblivious to the collateral damage he is causing, Carlos’s actions result in the death of a number of innocent people. The deepest of regret follows. Given the perspective of time, he comes to grieve his actions, leading him to the brink of suicide.

Carlos’s sister, Lena, is a very different person. While Carlos avoids his father’s legacy, Lena embraces it, maturing to become a major crime boss. As the story unfolds, Carlos devises a desperate plan to soothe his stricken conscience. What Carlos does not realize, though, is that Lena and her professional killer are watching over him, protecting him from danger.”

In my review of Change of Heart, the first book in the Legacy of Loyalty series of which this is book two, I said the protagonist of that book, John Cooper, isn’t your typical crime fiction protagonist. Carlos Ramirez, who we met in that first book and is the main protagonist of this one, also breaks the mold. Although he certainly is far from perfect, his past has mostly been working in the more legitimate parts of his crime-lord father’s business empire, but since his father’s death events are pulling him more and more into the seedier side of things. He doesn’t exactly like that.

The main story of Penance is Carlos trying to maneuver things in such a way as to get his business interests back to a legitimate place while protecting his crime boss sister from repercussions. If other crime bosses feel backlash, that’s a good thing though. Almost a form of penance, a way for Carlos to try to atone for those questionable things he hasn’t been able to avoid. This was an engaging read. It kept me guessing most of the way and doesn’t read like a typical crime novel in many ways, yet still feels credible.

This is the second book in what is currently a three-book series.