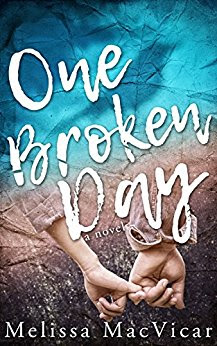 “After a notorious school shooting leaves her a shadow of the girl she once was, seventeen-year-old Lizzie Beringer moves to Nantucket Island. There, Lizzie vows to hide her identity as the shooter’s sister. All her efforts to fly under the radar, however, are complicated by her P.T.S.D. and the attention she receives from two competing boys. While fending off the not-so-subtle advances of popular athlete Michael Wickersham, she must also deal with her growing feelings for her shy lab partner Gage Pike. Gage may act like he’s all wrong for her, but the pull between them is undeniable.

Under the threat of discovery and the possibility of testifying in a televised trial, Lizzie fights to keep her secrets and start her life over.”

“Melissa was born and mostly raised on Nantucket Island, and she currently lives there with her husband and two teenage children. When not being a wife and mother and teaching writing to seventh graders, she enjoys binge watching shows like Big Little Lies, House of Cards, and Outlander. Despite the rumors to the contrary, she does not actually wish she was a teenager again.”

High school student Lizzie is living in a new place, Nantucket Island, and going to a new school where things are much different than California where she came from. The attention of two boys, one the popular athlete and the other a quiet, more cerebral type complicates her life immediately. Lizzie also has a secret past that she wants to keep under wraps, which means doing her best not to call attention to herself. Of course, the world has a way of upsetting the best laid plans.

How Lizzie juggles her conflicting wants and needs makes for an entertaining and thought-provoking read. In the process, she learns a lot about dealing with people and makes peace with her past.

More proofreading issues than I like to see, but not enough to impact the book’s overall rating. Mostly minor issues, either missing or wrong words.

Email ThisBlogThis!Share to TwitterShare to FacebookShare to Pinterest
Labels: 4 Star, Coming of Age, Romance, YA