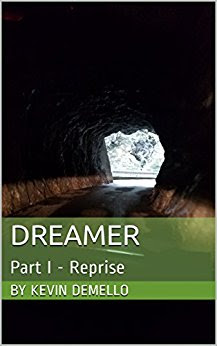 “He's the last line of defense against an enemy that threatens his homeland. He must risk everything - his life, his love, and even his sanity - to protect his comrades in arms. He survives the battlefield, but must confront the demons he carries with him in order to help the people of his homeland overcome an even greater enemy.

Captain David Leopold Drummand leads a special operations team tasked with a recon mission in advance of Operation Condor, a daring attempt to turn the invading enemy's flank. The mission does not go as planned, and Captain Drummond must improvise to overcome a deadly threat to the entire operation.

His team lays everything on the line, but Captain Drummond finds himself confronting a situation he never expected – battling not just the enemy, but his own demons, as he struggles to overcome the devastation that the battle left behind in his own mind.

Dreamer is the first book in a series starring Captain David Drummond, a soldier and hero who is called to sacrifice everything for his people, both on the battlefield and off it.”

Kevin DeMello lives in Boston with his fiancé and their dog. In his spare time, he enjoys outdoor activities like hiking and skiing.

An interesting, quick, and enjoyable read. The protagonist, Captain David Drummond, goes through some intense and often confusing experiences in this story. Figuring out what is really going on is the challenge he finds himself facing. As the reader, I found myself trying to do the same. That was a good thing as it helped me empathize with Captain Drummond as we figured things out together.

This is the first of a series of short stories. Thus, far there are four available. This volume reads well as a standalone. I didn’t feel as though I was left hanging or had burning questions unanswered at the end.

No significant issues although the story does use the word waive when it should have been wave three times.