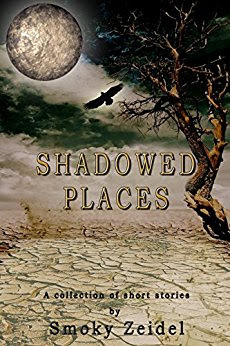 A collection of 4 short stories.

“Smoky Zeidel is a novelist and poet, whose love of the natural world is thematic in all she writes. She taught writing and creativity workshops for many years at venues throughout the Midwest before--in lieu of having a midlife crisis when she turned 50--she succumbed to her bohemian urges and moved to Southern California. Her work has earned her five nominations for the prestigious Pushcart Prize.

Smoky lives in the Coachella Valley, which is part of the vast Colorado Desert in Southern California, with her husband Scott, two cats, and a Chihuahua named Tufa (who considers herself the Boss of Everything). She is an avid desert gardener, an orchid grower, and monarch caterpillar rancher. When she isn't writing, she spends her time hiking in the mountains and deserts with Scott, creating funky yard art, and resisting the urge to speak in haiku.”

Four short stories with four very different protagonists. But each is going through something difficult and is doing what they deem as best for them. That and a dark edge are two things these stories have in common. Being entertaining, thought-provoking, and well written are three more commonalities. If you’re a fan of the short story form and looking for a few good ones, this collection would be a good choice.