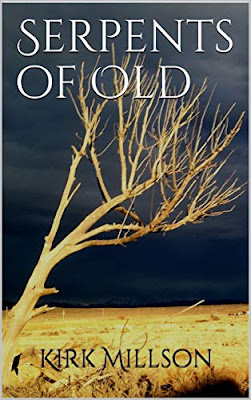 “Six months after a young mother disappears in an Arizona canyon, her children vanish from their Salt Lake City home. When reporter Carter Miguel senses that a detective is too eager to put the father behind bars, he follows his hunches to a curious settlement in the Utah desert.

Redemption is led by ‘prophet’ Everett Deavers, a charismatic giant of a flimflam man whose $20 million land scam is jeopardized by Miguel’s sudden interest in the area. Deavers scrambles to cover his tracks, which makes it a perilous time for anyone who can tie him to the truth.”

“Kirk Millson worked 20 years as a reporter, editor and editorial writer for the Murray Eagle, Atlanta Constitution and Salt Lake Tribune. He lives in Salt Lake City with his wife, Alison.”

This is a solid mystery with a lot of common elements: people who have gone missing, a reporter trying to figure out the mystery of where they are, a few different evil-doers that may or may not be involved. It would be a good read for any mystery reader.

But what set Serpents of Old apart for me was how well it captures and integrates the uniqueness of Utah into the story. This includes the vast difference between the urban and suburban Salt Lake Valley compared to the rural, barely populated spots in the central and southern parts of the state. It includes mention of the natural beauty of the state as well as the danger those natural places can sometimes present. The author does a good job of showing the culture of Utah, dominated by one particular religion, but with a propensity for groups to splinter off of the main organization, keeping many of the practices of the parent while adding their own twists that are even more cultish than the original. This made for a unique story world and set the stage for some of the story’s more unique twists.