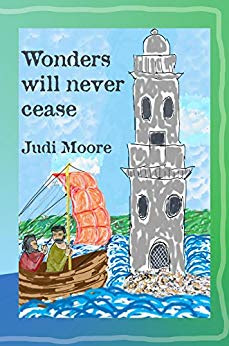 “It is December, 1985. The year is winding gently towards its close until Fergus Girvan, a Classicist at Ariel University, finds his research has been stolen by the man who is also seeking to steal his daughter. But which man is, actually, the more unscrupulous of the two? And is there hope for either of them?”

Along with being one of BigAl’s Pals, Judi Moore is an author of a novella, a short story collection, and one other novel in addition to this one. She was the 2019 winner of the Georgina Hawtrey-Woore Award for adult fiction.

Imagine Fergus, an aging male academic in the mid-1980s. He’s someone who has spent his adult life as a professor and unrepentant skirt-chaser. Now he’s getting older and the world has been changing around him. What was acceptable in the past, isn’t always so acceptable now. Just to make things especially interesting, let’s have him discover just recently that he has a daughter he fathered years ago, now in her late teens. Those fatherly feelings toward his daughter and not-so-fatherly feelings towards his daughter’s friends are a microcosm of the conflicts Fergus is going through.

Satire, by definition, is taking something realistic, and exaggerating it just enough to make a point. As The Onion has been finding out lately, that can be a hard sweet spot to hit as the world keeps changing, sometimes in unanticipated ways. I think Wonders Will Never Cease hit that sweet spot, poking fun at the academic world and men of a certain stripe while making some points about the difficulties of being a parent and how hard it can be to keep up with changing cultural norms as a person becomes older.

Author is from the UK and uses UK spelling conventions and slang terms.