Populating Hell - A Guest Post from Elizabeth Corrigan, author of Oracle of Philadelphia 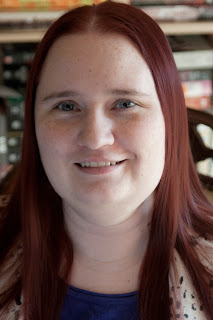 For me, the first part of story creation is coming up with the overarching plots. Before I even sit down to write book 1, I can usually tell you the way book 5 is going to end and what all the major character developments are going to be along the way. The hard part, or at least the secondary part, is coming up with a detailed story to fill the gaps between major events.

When I started Oracle of Philadelphia, I knew that I wanted to have a story about an immortal girl named Carrie striving to save the soul of a person she knew was unassailably good. I knew how her struggle was going to end, and I knew how that end would impact Heaven and Hell and lead to books 2 and 3 and so forth. What I then had to do was come up with obstacles for Carrie to face in the first book. I decided that she should have to confront each of a series of archdemons, each of whom would exact a toll from her.

That Lucifer should be the leader of these demons seemed a foregone conclusion. After all, one can hardly have Hell without the devil in it. So I decided to go with the school of thought that sees Lucifer as a friendly-seeming gentleman with a creepy-looking cane. For him, understated seemed the best way to go, since when one is the embodiment of all evil, one doesn’t have to go to extreme effort to make oneself scary.

Since Lucifer was going to relegate some of his soul-bargaining power to other demons, it only made sense that some of these demons would be mistaken for their master. So two of the demons I took from other names for the devil. The moniker Beelzebub always made me think of a fat, pus-filled demon in a particularly gross depiction of Hell, so I decided to make him the fat, jolly-seeming demon who traded souls for material wealth.

The second came from the traditional charge of witchcraft, which asserted that practicing witches had “congress with the Beast.” But the Beast seemed a strange name for any human-shaped demon, so I decided there was no reason for there not to be a demon with a giant bulldog form who physically attacked his victims. After all, someone had to be in charge of the hellhounds.

The next places I looked for names for archdemons was traditional mythology and literature. I had to read excerpts from Faust in the 10th grade, and I always remembered the demon Mephistopheles. I decided to have him appear in Oracle as the demon who was always trying to outsmart everyone else. He ended up being a favorite of my beta readers, and I was inspired to give him a whole backstory in book 2.

At this point, my demons were definitely getting male-heavy, and there was one obvious choice to correct this: Lilith. To create her, I combined myths of Amazons and the virgin huntress. I also gave her power over the real wild hunt, and it irritated her to know end that Celtic and Teutonic myths put a man at the head.

Like any story that makes reference to the angel war that led to Lucifer and his compatriots, I had to reference Paradise Lost and bring in Azrael, the angel who refused to fight on either side and was cast out for it. Milton made Azrael a male angel, but I was already a little male-heavy and decided to make her female instead. Azrael was more bitter and capricious than the other demons because of her background. Out of vengeance against God, she claimed victims who sold their souls to save loved ones.

My final demon, the one I needed to bring the total up to a Biblical seven, had a bit of an odd story behind her. Jasper Fforde’s Thursday Next series had a family of villains all named after the rivers of Hell. I only knew the name of one of the rivers of Hell—Lethe—so I kept waiting for that character to show up. When it did not, I always felt a little cheated, so I decided to name one of my own demons Lethe. In contrast to Azrael, Lethe was the only angel who fought on the side of Heaven in the war and was still cast out—but I don’t want to spoil the story and tell you how that went down.

These seven creatures, combinations of myths and my own whims, were the adversaries I set my heroine Carrie to face. As to how she fared… That is a totally different story.

Enter the Giveaway below for your chance to win the listed prizes.

Thanks for hosting my tour! If your readers want to know more, they can visit me online at http://www.ElizabethRCorrigan.com.

Ms. Corrigan, I thoroughly enjoyed The Oracle of Philadelphia. Good luck with your book and I look forward to more from this series.

Thanks for reading, Linda McK! I'm so glad you liked it!

Creative use of demons, using the familiar but morphing it to fit your story.