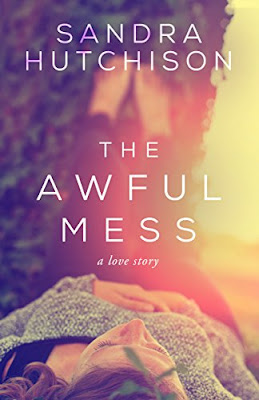 “Divorced by a husband who wanted children more than her, Mary Bellamy has left behind the Boston suburbs for tiny Lawson, New Hampshire, where she must cope with attentions from an unhappily-married Episcopal priest who'd like to save her heathen soul, but is susceptible to more earthly temptations. She's also wooed by a handsome local cop, an excellent kisser who confuses her by being in favor of gay rights, but opposed to sex before marriage.

Soon Mary also faces a crushing job loss, a pregnancy that wasn't supposed to be possible, a scandalous secret she must keep even at the expense of all her hopes, and an ex-husband whose disintegration threatens all that she has left. In this witty and affectionate tale of small town life, Mary discovers that the connections we make can result in terrifying risks, as well as unexpected blessings.”

A native Floridian, Sandra Hutchison moved north during high school and has remained there. Currently she lives in Troy, NY with her family and teaches writing at Hudson Valley Community College.

Reading the book description I realized that everything it says about the things the main character Mary experiences are the kind of happenings that are common, or at least not rare. Surely you’ve known women who have received attention from a married man or a person whose beliefs contradict stereotypes - maybe even seem contradictory.  We’ve all known people who have unexpectedly lost their job or women who have an unplanned pregnancy, even when they believed they weren’t capable of bearing children. And the scenario of someone going off-the-rails in the midst of a divorce, creating issues for their soon-to-be ex isn’t hard to imagine. I think I got drawn into Mary’s story so easily because I didn’t have to suspend disbelief for any of these things. That they happened all at once is the reason the expression “when it rains, it pours,” is now a cliché.

The Awful Mess was an engrossing, well written story. It’s made more so for being so easy to believe it could really happen. I just hope it doesn’t happen to anyone I know.

Some sex and adult themes. Also, as the author puts it on Amazon, “This book contains some religious themes, but if you require piety and reverence in such matters, this is not the book for you. Skeptics, you will probably be able to cope.”