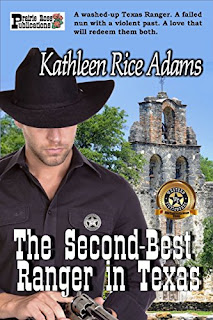 “His partner’s grisly death destroyed Texas Ranger Quinn Barclay. Cashiered for drunkenness and refusal to follow orders, he sets out to fulfill his partner’s dying request, armed only with a saloon girl’s name.

I enjoy a little cowboy action occasionally. The Second-Best Ranger in Texas filled the bill nicely. The characters are well developed and realistic. Quinn is trying to deal with his best friend’s death through whisky. After losing his position as a Texas Ranger, Quinn is now on a mission to carry out the promise to his dying friend. The message is cryptic; all he has is the first name of a woman and the name of the town to find her.

The Second-Best Ranger in Texas was the winner of the 2015 Western Fictioneers Peacemaker best short fiction award.