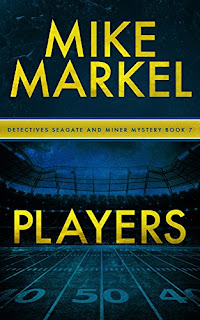 “Mike Markel writes the Detectives Seagate and Miner Mystery series, which is set in the fictional small city of Rawlings, Montana, home of Central Montana State University. That university is somewhat like Boise State University, where Mike taught writing, but in Rawlings the weather is colder, the football team less successful, and the murder rate much, much higher.

Mike lives with his wife in Boise.”