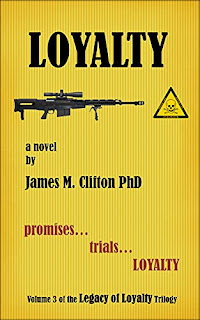 “Carlos and Lena Ramirez were the son and daughter of the biggest drug lord in southern Mexico. Ivy League educated and largely insulated from the seedier side of their father’s business dealings; they were well on their way to establishing their own lives when their father was murdered by his former partner.

Consumed by hatred, Carlos and Lena exacted their revenge. Carlos came to deeply grieve his violent and destructive actions and again abandoned his criminal heritage. Lena, on the other hand, embraced the role and took control of her father’s and his former partner’s illegal empire.

Carlos embarks on his new life, with hopes of remaining insulated from his past. Lena begins to consolidate her power and strives to ensure the long-term safety and security of her family dynasty.

Carlos’s and Lena’s plans come crashing down when they attract the attention and ire of the other drug lords. What follows is an epic battle, pitting the intellect and tenacity of Lena and her disciples against the ruthlessness and brutality of the other drug barons. At stake is control of the east coast drug trade but also the survival of Lena, Carlos, and their extended families.”

If you’ve read and liked the first two books of this trilogy, you’ll obviously want to read this one. If you haven’t done that, look at them first. Understanding the full story of how the main characters in the trilogy have gotten to this point is necessary in my opinion to understand all of the implications of what is going on in this final installment.

As I was pondering what to say about this it hit me that this book and, to be fair, every other book in the crime fiction genre, requires the reader to be rooting for what most people would rightfully consider to be the bad guys. Unlike a detective mystery or police procedural where you’re hoping and expecting the bad guys to pay a price, in crime fiction there is typically someone committing a crime and the reader is setup to want the criminal to succeed and not get caught. Often that is because the person being hurt by the crime, criminal or not, is worse. With our two main characters here, we have one person, Lena, who fits the norm. While she’s not exactly doing great things, those who oppose her or would step in if she was gone, are much worse. In contrast the other main character, Lena’s brother, Carlos, is someone who is doing all he can to steer clear of his family’s propensity for criminal enterprises. The reader is pulling for both to succeed, overcoming the conflicts with the other drug lords. It makes for an intense, good read.

This is the third book of a trilogy. Attempting to read this volume without reading the first two books in the trilogy first might work, but is more likely to leave the reader wondering what they’ve missed. I’d advise reading the prior books first.

A small number of proofreading misses.