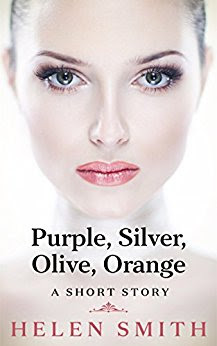 “Sarah wanted a sensitive, poetic, romantic boyfriend who would bring her flowers. Ryan ticks all the boxes. So why isn’t Sarah happy?”

“Helen Smith is a British crime writer who lives in London. Her books have appeared in ‘best of the year’ lists by For Books' Sake, The Cult Den, The Independent, and the Guardian.”

What a strange little story this is. The description says it is set in “a futuristic England,” but it could easily be interpreted as a twisted dream concocted in the recesses of the brain while either of the primary characters were sleeping. I hesitate to say anything about the world Smith imagines as the setting - figuring that out is half the fun of the story. I’ll just say that in this story world a solution for helping with one of life’s more problematic choices has been developed. But it turns out that we humans sometimes don’t actually want what we think we do, creating a new set of problems. A fun, provocative story.