Note: It has been a while since we've had a "double shot" (a review of the same book by two different Books and Pals reviewers. Today, we're getting BigAl's take on this book. Tomorrow morning we'll see what ?wazithinkin thinks of the same book. 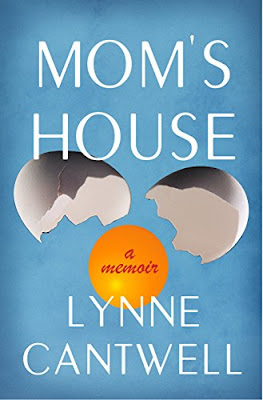 “If the Universe gave you the chance to deliver karmic justice, would you do it?
Lynne Cantwell was the late-in-life child of parents who had already lost a baby daughter. Her brother, ten years older, delivered emotional and verbal abuse for as long as she could remember. As a young adult, she moved halfway across the country to escape him.

Memoir is an interesting genre in that I suspect the reason someone might choose to read a book in the genre is going to vary more from person to person and from book to book than with other genres. You might choose to read a memoir to better understand someone different from you or the exact opposite, as a way to remind yourself that there are people with the same difficulties or struggles as you have. It might be to learn more about someone you’d like to emulate, or to get an idea of how to deal with a person or situation. Or maybe the memoir is just something a particular reader thinks sounds like an interesting or entertaining story.

All of that is a long prelude to saying that the appeal of Mom’s Home for you could be vastly different from what I liked about it, depending on the reader. Or it may have no appeal at all. For some readers who have dealt with abusive family, need ideas in doing so, or just want to know that others have found a way out, that’s here for you. For me it made me thankful that I don’t have those issues, glad that, as different as I and my siblings are, we have a relationship many, maybe most, families don’t. It was an adventure and a story with an ending that, while not exactly what I’d describe as completely happy, was a satisfying conclusion. As a reader, pulling for the author, just like I would be for a protagonist in a fictional tale, it was a good story. The funny thing about real stories, something the author even mentioned at one point, is that in fiction the story has to be credible. Sometimes in real life things happen that are so out there that an author wouldn’t dare put them in fiction because the reader would find them unrealistic. At times this sure pushed those limits as only a true story can. And while I wasn’t thinking about it when I was reading the story, I suspect I’ve learned a few new ways of dealing with difficult people that could prove valuable in the future.