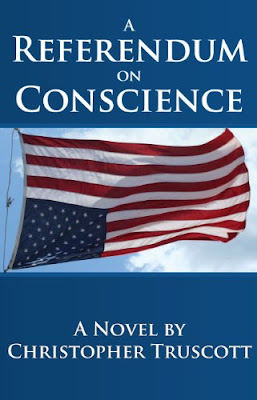 “A terrorist attack. A vote against a popular war. A re-election campaign.
Rebecca McElroy is looking forward to retiring as she nears the end of her second term in the U.S. Senate.

Added for Reprise Review: A Referendum on Conscience by Christopher Truscott was a nominee in the Thriller/Suspense category for B&P 2013 Readers' Choice Awards. Original review ran July 5, 2012.