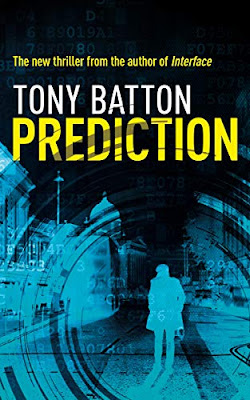 “When someone steals a top secret experimental nuclear reactor, the British intelligence services have no leads. Their hopes rest on a new quantum super computer, one capable of interpreting patterns in the oceans of intelligence data. There’s just the small challenge of building it.

Gregory Jenson, CEO of ZAT Systems, is tasked by MI5 to create the computer, but ghosts in his past could thwart matters before he even begins. Young lawyer, Michael Adams, is given the task of helping Jenson, but he soon has problems of his own.

And they’ll soon learn that a hidden player wants to use the new system for their own plans – someone incredibly well-informed, and prepared to go to any lengths to achieve their goals.

And if they succeed, the recovery of the nuclear reactor will be the least of everyone’s problems.”

“Tony Batton worked in international law firms, media companies and Formula One motorsport, before turning his hand to writing novels. He is passionate about great stories, gadgets and coffee, and probably consumes too much of each.”

An intense technothriller that might creep into near future science fiction. The reason I say might is that it’s hard to know what is and isn’t possible in today’s world and what might become possible in the near future. The concept here is that the use of “big data” will make it possible not only to figure out how to influence the masses in what to buy and who to vote for, but also to predict the future.

It’s a fast-paced, unpredictable and intense story. But more importantly it should get you thinking, pondering what the future might hold.

A small number of errors, but not enough to be a big concern. Using the word waive instead of wave two or three times especially caught my attention.