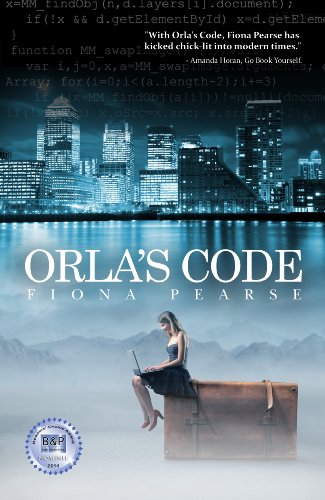 “‘If you want to get ahead, get noticed,’ is Orla Hanlon’s motto. New to London and the first female programmer at CouperDaye, a global investment bank, she takes on a high-profile but controversial project.

“Fiona Pearse was born in Dublin, Ireland and has been a software developer for 15 years. Now settled in London, she writes financial software and is working on her second novel. She is also a blogger and poet with several poems in literary journals.”

As the first female computer programmer at her new employer, Orla has to deal with the obvious issue of being a novelty among her peers, along with some of the all-too-typical management issues and job challenges typically found in a software development shop. I was impressed with the author’s ability to communicate the challenges of Orla’s job without sinking into tech-talk or too much detail for the layperson.