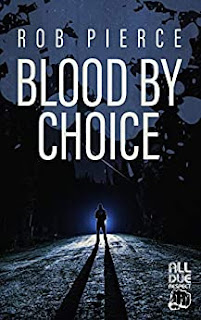 “Two women and a child are murdered. Dust, who unknowingly set them up, returns to Berkeley to find the killer. With his old buddy Karma in tow, Dust discovers that one of the culprits was Vollmer, a ruthless hired gun working for Dust’s former boss, Rico. When Vollmer finds out Dust is in town the hunt becomes mutual.

In this, the third book of the Uncle Dust series, old debts are paid and new ones incurred. Brutish, dangerous men lurk in every corner and slaughter runs rampant.”

The protagonist of this book is technically named Dustin, but his nickname, Dust, fits him much better. Why? Well generally because he’s dirty, as in not a very nice person in many ways. He’s done a lot of bad things in his life and they don’t stop in our story here. But it’s easy to forgive him, even as the body counts are steadily climbing as the story goes on, because Dust is back on the streets of the East Bay, mainly in Oakland and Berkeley, with the intent of finding whoever it was that killed two of his former girlfriends along with a child of one of them. Those deaths might have happened in an effort to get Dust back in the Bay Area so the local crime boss could exact some revenge. Doesn’t matter. Dust can’t let this go unanswered. If you’re really into hard-boiled, maybe you like your hard-boiled eggs as hard as a rock and the bodies piled up as high as a San Francisco high rise, then this is definitely the book for you.

This genre isn’t the one to read if you’re offended by strong language, adult situations, or violence of any kind in your reading material. Consider yourself warned. It appears that this is the third book in a series featuring Dust, but this story stands alone well, there is no need to have read prior books in the series to understand what is going on in this one.

Review is based on an advance reader copy, so I can’t judge the final product in this area.