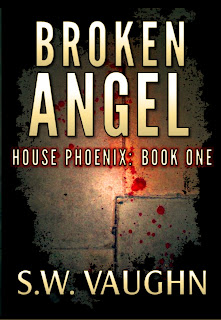 I don’t know about you, but I love a good literary villain. Give me a bad guy who makes me want to root for them—even though I know he (or she) is not only going to lose, but deserves to lose—and I’m in the story all the way.

Here’s a short list of some great literary baddies. If you haven’t heard of them, I’d definitely recommend checking them out.

Just about everyone’s familiar with this suave, fiercely intelligent psychologist-slash-cannibal. The unofficial hero of Thomas Harris’ series, Hannibal “The Cannibal” Lecter is at once a gentleman and a psycho.

His traumatic childhood is explored in Hannibal Rising—but I mentioned Red Dragon because it’s the first appearance of Lecter, and the book also contains two awesome villains for the price of one. Francis Dolarhyde, the serial killer that Lecter “helps” former FBI agent Will Graham hunt down, is so sympathetic and well-realized that you might want to cry at his unavoidable defeat.

This female serial killer is one screwed-up woman. Gretchen Lowell tortured countless victims to death, before one of them got away—or maybe she let him go. The escapee, Archie Sheridan, is a cop, and the novel opens with Gretchen behind bars and Archie forced to ask her for help with a serial killer who’s murdering teenage girls. Gretchen is shades of Hannibal Lecter turned femme fatale, and Heartsick makes for fantastic reading.

What isn’t awesome about Raistlin? He’s a magic user with a tragic backstory and a disgustingly good-guy brother to balance him out—and he’s unapologetically evil. I like that in a villain. Plus, he gets to win at least once.

Annie is a portrait of a fan gone horribly wrong. A former nurse and current psycho, she’s the luckiest woman in the world when her favorite author, Paul Sheldon, just happens to wreck his car near her house that’s out in the middle of nowhere and isolated by miles from the nearest neighbor. What a happy coincidence!

But when she gets a copy of Paul’s brand-new book, and learns that he’s killed everyone’s favorite heroine, Misery Chastain, it’ll cost Paul an arm and a leg—or a thumb and a foot—to stay alive long enough to make Annie happy by performing a miracle: resurrecting the dead. Good thing Misery only existed on paper…or is it? As in most cases, the book is so much better than the movie (and the movie is great!).

The original gentleman pirate, Captain Hook is a highly sympathetic villain in all of his incarnations, from the original text of Peter Pan to the Broadway shows and various movie versions of this beloved children’s classic. Think about it…the kid cut off his hand, and forced him into an eternal cat-and-mouse game with a giant alligator.

If you’ve never read the original Peter Pan, it’s definitely worth your time—especially any scene with the charmingly wicked Hook, who is in Barrie’s words, “never more sinister than when he was most polite.”

Of course, I happen to think that my villains are pretty cool too, though I might have a slight bias. But I’m thrilled to have heard from quite a few readers who think that Jenner, my recurring bad guy in the House Phoenix series, is terrifying.

The first book in the series, Broken Angel, is about Gabriel Morgan, a young man who’s held prisoner by a secret society of underground fighters and forced to fight in a ring with no rules to save his sister’s life. Here’s his first encounter with Jenner, who serves as an enforcer for the man who’s holding Gabriel:

-------------
“Don’t touch me.” The demand emerged a moan. Gabriel backed away and searched the room in desperation, seeking escape.

“Do not flatter yourself, boy,” Jenner said in a brittle tone capable of crushing diamonds. “I have no such intentions.”

“I have not yet decided.”

Jenner moved into the light, and what had seemed like a dress in shadow proved to be an Asian costume—Chinese or Japanese, he wasn’t sure which. Simple clasps held together a long jacket of pale gray silk. Black piping trimmed the sleeves, the straight collar, and the edges of the garment. Flowing pants matched the jacket. Yet Jenner’s aquiline nose and swarthy complexion marked him as East Indian, not Asian.

His hair was gray, the color of brushed steel—an old man, but the hair was the only indication of age. He was sinewy rather than gaunt. Not wizened or wrinkled, but grizzled and hard. And his eyes were pale circles of smoked glass. Glittering gray, like the rest of him. How could an Indian have gray eyes?

The cold glint in those eyes bound Gabriel more effectively than any rope. He couldn’t move.

“Your determination is admirable,” Jenner said. “Few would expend such effort to locate a mere sibling. Do you truly love your sister that much?”

“None of your business.” Anger broke the spell of Jenner’s gaze. In this snake’s mouth, a reference to Lillith sounded blasphemous.

“A shame.” Jenner placed the object he held on the floor. It was a black satchel, a doctor’s bag. “What did you intend to do when you found her, little guardian angel? Help her find a job, perhaps an apartment? It is far too late for that.”

“Did you ever consider that she might not want your help?”

Disgust twisted his stomach. “Lillith isn’t like you people. She wouldn’t have become a...prostitute on her own. She has a good heart.”

Jenner sneered. “While your sister’s clients do appreciate her many attributes, I am not certain her heart is high on their lists.”

“I thought you were not interested in such activities, angel. You requested not to be touched.” Jenner’s hand slid inside his robe and reappeared gripping what looked like a collapsible radio antenna. He extended it with a flick of his wrist, and waved it at him in an almost dismissive gesture.

Pain flared across Gabriel’s face. He flinched back with a strangled oath.

“Your language is appalling.” Jenner collapsed the antenna. “Apologize.”

Jenner arched an eyebrow and leveled an unwavering look at him. He bent and reached for his bag.

Gabriel flew at him.

If you’d like to read more about Jenner, you can get Broken Angel free for your Kindle now through Saturday, March 9, on Amazon:

Don’t forget to leave a comment and let me know about your favorite literary villain!
Posted by BooksAndPals at 3:00 PM