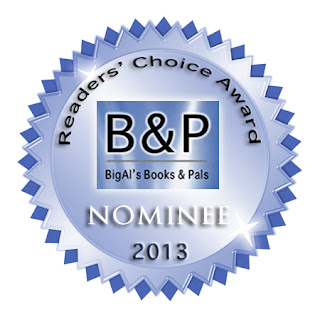 The Baker's Man by Jennifer Moorman


"In her enchanting debut novel, Jennifer Moorman invites you to a whimsical little Southern town where magic floats on every breeze and is baked into every cake. Moorman weaves the tale of a young woman whose grandmother’s secret—and the ancestry of her grandfather—are about to change her life forever."

Thought I Knew You by Kate Moretti


"Claire Barnes is shattered when her husband, Greg, goes on a business trip and never returns.

Unwilling to just wait for the police to find him, Claire conducts her own investigation. Her best friend Drew helps her look for answers, but all she finds are troubling questions."

Vlad to the Bone by Beth Orsoff


"The saga of Alex and Gwen that started in the bestselling Vlad All Over continues . . . they can't be together, but they won't stay apart. Is there a happily ever after in Alex and Gwen's future? Only the gypsies know for sure."

Adventures of the Tooth Fairies: The Wobbler! by S. de la Perrelle

"The Wobbler! is an adventure within a fairytale setting - a page turner for both boys and girls of 8 years plus.

When Isabella, the tooth fairy, falls foul of a trap to capture her, it is up to her lifelong friend, Jamie, to mount a fearless rescue.
Isabella is not only captured but she also loses her magical powers, she is a prisoner with no means of escaping by herself.
Her only chance of freedom is if Jamie realises that she is missing and can get to her before it is too late."

"Mr. Pish, the lovable Jack Russell Terrier, leads readers on an expedition down the East Coast of the United States in Postcards from Mr. Pish Volume 3. With each new discovery, the traveling terrier sends a postcard with full-color photographs and engaging text geared to promote outdoor learning and literacy. Mr. Pish's enthusiasm inspires young and old to read, explore and learn in a fun way."

“The Stars Twinkle Brightly” is the story of an eight-year-old boy who discovers he has cancer. The author transforms an otherwise unpleasant topic into an uplifting and useful resource for parents and children dealing with cancer. The boy’s triumph over cancer, leaves the reader feeling joyful and comforted and serves as a testimony to the power of perseverance and love. The story promises to provide a positive perspective on the many negatives of childhood cancer. The illustrations, give life to the boy’s courage and determination in a colourful and cheerful way!"

"Better with animals than she is with the men in her life, small town veterinarian Jordan Miller is drawn to men who are as controlling and abusive as her father. Girls like Jordan who are raised by alcoholic fathers often lack self confidence. This makes them vulnerable to abusive relationships with boyfriends, husbands, or authority figures, creating a dependency not unlike alcoholism and almost as difficult to shake.

Jordan isn’t lacking in determination. She manages to work her way through college and Veterinary School, yet still shows signs of weakness when her father contracts a painful terminal illness and insists she use her veterinary training to put him out of his misery. Fearful of her father, even hating him at times after a lifetime of emotional and physical abuse, Jordan has to decide whether to let him suffer or commit a crime that could end her hard-won career."

"Art teacher Daniel Benedetto has cystic fibrosis. At thirty-four, he's already outlived his doctor's "expiration date," but that doesn't stop him from giving all he can to his students and his work. When he takes on Caitlin, his landlady's daughter, as a private student, the budding teen painter watches in torment as other people, especially women, treat Daniel like a freak because of his condition. To Caitlin, Daniel is not a disease, not someone to pity or take care of but someone to care for, a friend, and her first real crush. Convinced one of those women is about to hurt him, Caitlin makes one very bad decision."

"Beth Sloan has spent the majority of her life trying to escape the memories of a difficult childhood. Born into the infamous Pritchett family of Cedar Hollow, West Virginia, she grew up hard, surrounded not only by homemade stills and corn liquor, but by an impoverished family that more often than not preferred life on the wrong side of the law.

After the mysterious death of her brother Luke at the age of thirteen, seventeen year old Beth and her younger sister Naomi ran away from home, never to return. As the years passed, Beth suppressed the painful memories and managed to create a comfortable, if troubled, life with her husband Mark and their two children in an upscale suburb outside of Memphis, Tennessee.

But the arrival of an unwelcome letter threatens to change all that."

Memoirs from the Asylum by Kenneth Weene

"What is it like to work inside a state hospital or to be a patient in such a hospital? What is it like to live inside the mind of such a patient? This tragi-comedic novel takes the reader inside the asylum, inside the worlds of three central characters: a narrator who has taken refuge from his fears of the world, a psychiatrist whose own life has been damaged by his father’s depression, and a catatonic schizophrenic whose world is trapped inside a crack in the wall opposite her bed. This is the interwoven story of their lives, a story that includes love, sexuality, violence, deaths, celebrations, circuses, and surprising twists. As the plot unwinds, the reader learns a great deal about the nature of futility, frustration, and freedom."

The Test by Margaret Forrest

"Ever had unexplainable medical symptoms, a lump, a scary mole? The Test follows Kate Thomas through the 12 tense days she experiences after the discovery of a lump in her breast, from Day 1’s panic to Day 12 when her test results finally come in. Since her mother died of breast cancer, she assumes the worst ...

As the days unfold, and the tension mounts, she finds herself summing up her past—her marriage (failed), her parents (divorced), her mother’s illness, her career successes and failures. Meanwhile she tries to figure out how to negotiate her present with the knowledge of a possibly abbreviated future hanging over her—because despite the fear, the wait and the uncertainty, life goes on."

Until My Soul Gets it Right by Karen Wojcik Berner

"You can’t run away from yourself.

Catherine Elbert has never been good at making decisions, whether it was choosing an ice cream flavor as a small child, or figuring out what she wanted to be when she grew up. The only thing Catherine knew for sure was there had to be more to life than being stuck on her family’s farm in Wisconsin.

While watching a PBS travel show, Catherine becomes entranced by Portland, Maine. The ocean. The lobsters. The rugged coast. Nothing could be more different from the flat, nondescript farmlands of Burkesville.

Despite her parents threatening to disown her and her brothers taking bets on how many days until she comes home, Catherine settles on Peaks Island, off the coast of Portland.

She is finally free.

Or so she thought."
Posted by BooksAndPals at 3:00 PM