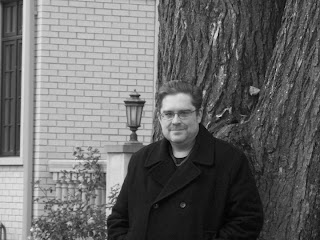 Not too terribly long ago, I was talking with a group of friends online and I was excited over some research I had been doing for a possible future book or novel. It was about something called the “Villisca Axe Murder House” and was about a small town in Iowa where someone had murdered an entire family, in their sleep, using an axe. The murder has never been solved and it interested me.

“You write about such dark things,” said a friend of mine. “Why can’t you write about bunnies or puppies or flowers or something nice?”

I laughed, but then I answered. “Because, I have to write about what interests me. And unless the bunnies and puppies are rabid and the flowers poisonous, it just doesn’t interest me.”

The fact is, dark things interest me and sometimes that means dealing with things that are potentially controversial. I have had a couple of child murderers in my novels, and I have dealt with things like rape and other brutal things. In my most recent horror novel, Vicious, I decided to make dogs the antagonists. This, without a doubt, was the most difficult thing I could have conjured.

One of the first authors that ever interested me and, in fact, the first author that made me realize you can have a career as an author, was Peter Benchley. I was fascinated by sharks as a kid and, being raised in the 70s, it was Jaws that everyone was talking about. My parents had the novel lying around and I would stare at the image of that giant shark’s mouth open to devour the helpless swimmer for what seemed like forever. What I did not know, however, was how much Benchley would regret that novel. He would regret the fact that his novel and the hit movie would make people so afraid of sharks that most of the world, even to this day, advocates the idea of killing a shark rather than letting one live.

I did not want something similar to happen to the animal I chose for my protagonists to face off against in my novel. At the same time, since Jaws was my first fictional interest, and, like any horror writer, I wanted to do my version of the “cabin in the woods” story, it was a story that had been in my head for a while. Would I trap my characters in the cabin and face them off against bears, or Sasquatch or something? I considered setting my novel in the Arctic and having polar bears be the animals after my characters, but nothing really worked.

Then, one day, after working in a library all day, I got up to leave and saw a book on a display shelf that grabbed me. It was a true crime story about a woman who had been brutally mauled to death by two huge Presa Canario dogs in the hallway of her apartment building. It turned out that the dogs had been trained to fight in dog fighting rings by white supremacists and then turned over to a lawyer couple. There were photos of the dogs, and one in particular of the animal’s teeth, and I knew what I wanted my characters to face off against. I knew that if someone brutalized two dogs to become fighters and those dogs were Presa Canario dogs that they would be tough to face off against.

Now, here is where the conflict came into play. You see, I am an animal lover. I had a dog while growing up. As an adult, for 15 years, my constant companion was a shaggy dog named Shelby. My wife had a dog when we first met and we have two rescue dogs as I write this. Both of us have stood by the side of the road, outside a pet shop that knowingly gets its dogs from puppy mills, to protest.

I didn’t want people to become afraid of Presa Canario dogs. I know how many believe that some breeds are just “born bad,” but not me. I think that a dog just wants, more than anything, to please its master and if that master(s) happen to be totally devoid of human compassion and want to turn that love and trust into something violent, then any dog can become violent. It is not the breed, it is the human that turns dogs bad.

So, I tried very hard, in Vicious, to get that point across. The characters are menaced, yes, but they are also conflicted. They see the scars. They see that these dogs have been brutalized. They understand that the dogs are reacting in the only way that they know, and yet, they have to survive.

At the same time, I have also written two endings for the novel. So, you know, you still have to satisfy your conscience, even if you dwell in the dark side of things.

Writing doesn’t mean you avoid controversy. It means you try your best to deal with things that are touchy, and controversial. Yeah, sure, as a writer you might have to face the wrath of the public, but hopefully there are more readers out there who understand what you are trying to do and appreciate the story, even if the story makes them squirm. Just ask writers like Nabokov and King and Ellis and the many others that are controversial and that people try to ban.

And, in the end, you hope that you just tell a good story. That you give those who love horror and thrillers a good ride for their money. So, even though Vicious has a message, I do try to make the blood run thick at times. It is, after all, titled Vicious.