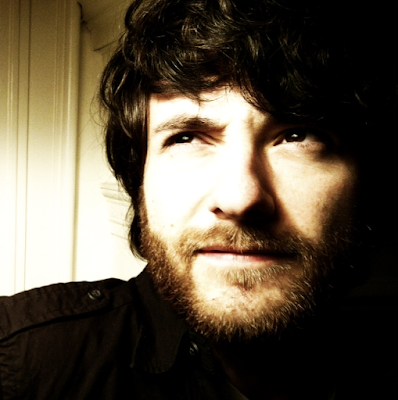 My novel Pale Highway was inspired by my experiences working with Alzheimer’s patients in a nursing home, a time which redefined everything I thought I knew about dementia, human relationships, aging, and death. I started working in healthcare over four years ago. At first, it was terrifying. Walking into a building full of people who constantly needed my help—the whole experience changed me. My heart opened itself. Since then, I’ve experienced more life changing moments than I can possibly count. I’ve fought for people’s rights. I’ve held the hands of people as they died. I’ve caught people before they could fall.

There are a lot of moments I go back to, but one in particular that sticks out right now.

Working second shift in a nursing home, the last half hour is when exhaustion finally sets in. After eight hours—or often in my case, sixteen hours—of working with all of the residents, racing from call bell to call bell, and getting everybody comfortably settled in bed, this is the point where the workers can finally sit down for a moment and finish documenting about the events of the day. It’s also the moment where the body’s aches and strains finally make themselves apparent. The lights are off, most of the residents are asleep, and everyone is getting ready for the overnight crew to come in with bags under their eyes, and tall cups of gas station coffee gripped in shaky hands.

Second shift was my shift, for a long time, and the end of the shift was always the time where I finally got a chance to breathe, do my paperwork, and process everything that had happened.

This one particular night was at an early point in my career, not too long after I first started. Alzheimer’s was still new to me. I was passionate about what I was doing, but every day brought new challenges, new surprises, new situations that I never could’ve prepared for until they happened. On this night, it was about 10:30pm, just thirty minutes until shift change. I’d finally sat down, gulped down a hot coffee, and cracked open my paperwork, when a call light started glowing in the hallway.

Obviously, I can’t tell you much about this resident—his personal details are his, not mine—but for the sake of this post, I’ll call him Mr. Z.

So, Mr. Z had a terrible condition that kept him awake at night. He often got in and out of bed. He was mostly deaf, and he spoke so loudly that his every statement sounded like a thunderous declaration. Though Mr. Z did have dementia, this hearing problem often made him appear more confused than he actually was. When people spoke to him, he would smile and nod; he was too friendly to ask them to repeat themselves.

As I went into the room, I was immediately greeted by the sound of him shouting at the door. “Hey!”

I crouched next to him, and he looked at me with a sad expression. I waved hello, and then moved to help him out of bed, the usual nightly routine. He stopped me. “No,” he said, more quietly than usual. “I just want some company.”

I looked at the clock. I hadn’t even started my paperwork yet. But seeing the deep creases in his face, the sadness and hope intermingling in those 90-year-old eyes, I knew that I had to be there for him. So I sat down next to his bed, smiled and shook his hand. “Okay, I’m here.”

He nodded, pretending to hear what I was saying. His cracked cheeks turned upward. “Thanks!” He grinned.

We stared at each other—openly, transparently. I wanted to talk to him, but I didn’t know how. There had to be some way to communicate with him. I hated the barrier. I hated that he was stuck in a world without language or understanding. Then, something occurred to me. I took out a pen and paper. I wrote a simple message, in big letters—CAN YOU READ THIS?—and I showed it to him. He nodded. I wrote again, just to test: READ THIS OUT LOUD.

“Read this out loud!” he shouted.

And so, for the next half-hour, we communicated this way. I wrote, he spoke, we went back and forth. We discussed his family. His grandkids. His time in the military. Eventually, he started to drift off to sleep, but before he did, I wrote one last message: IT’S TRULY AN HONOR TO KNOW YOU.

He smiled at me, and shook my hand again. “You’re a good kid,” he said, in his usual booming voice. “Glad that you’re here!”

That night, I drove home like usual. But something had changed in me.

Learning to take care of others is a gradual process, a jigsaw puzzle that is built from many small pieces which, once put together, collectively transform a regular person into a caregiver. Some of these moments still come back to me every day, whereas others have dimmed; it’s all too easy to dwell on one’s failures, to look back on the times wherein one feels they could’ve done more. But that night, the night where I first really talked with Mr. Z, has never left me, because I was there for him, right when he needed me.

People with Alzheimer’s, traumatic brain injuries, and other disabilities aren’t just patients: they’re people. They have needs, wants and personal histories that define them. Throughout their lives, they’ve loved, laughed and cried. They’ve experienced joy and heartbreak.

We should never forget that.

Get your copy of Nicholas' book, Pale Highway, from Amazon US, Amazon UK, or Barnes & Noble. 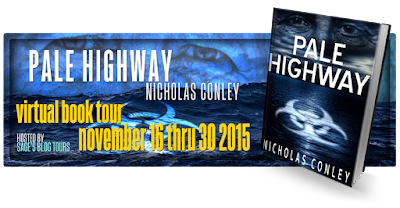 Thank you so much for a marvelous post. If the book is half as good as the piece you posted here, you have a well-deserved winner on your hands. You are kind, compassionate but most of all talented. Only a talented person could write well enough that we were sitting with you at that bedside.

?wazi and Rebecca, I agree. This is among the best guest posts we've run here, IMO.