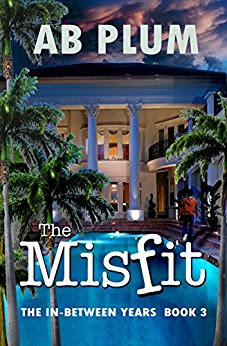 “Already a killer, thirteen-year-old Michael Romanov jumps at the opportunity to please his father. Attaining financial independence while indulging in deliberate depravity is an unexpected bonus.

This dark story paints a corrupt man’s twisted demands from a son obsessed with gaining a father’s love and respect.”

“AB read at birth according to her mother. At age four, her public librarian rejected her application for a card. She was too short to see over the desk.

She stormed home undeterred. Older neighbor kids and loads of cousins provided a fix for her reading obsession. She traded them dolls and colors and small trinkets for scary comic books.

Years of teaching adolescent boys and working with high-testosterone tekkies fuel her interest in neuroanatomy and behavioral psychology. The terror those comics imprinted in her brain surfaces regularly.

Her dark, psychological thrillers probe the impact of the family on wounded hearts. She still holds public librarians in high esteem.”

If you don’t like dark and twisted, this isn’t the book for you. But if you don’t mind an occasional excursion to the dark side, it might be. The protagonist of the story, Michael, may only be thirteen, but he’s way beyond his years in intelligence. I don’t think calling him a psychopath would be going too far either. Yeah, he may have a lot of advantages in some ways, but he’s still one sick puppy.

I could have easily found it impossible to like Michael or care what happened to him. Luckily (for me, not for Michael) the people and situations he had to deal with were bad enough that I could pull for any thirteen-year-old to make it through. Not even Michael deserves to go through stuff like that.

Intense. Dark. Twisted. If that appeals, this is for you.

While this is the third book in a series I haven’t read the first two and didn’t feel like this made it hard to follow what was happening in this installment. It can definitely be read as a stand-alone.