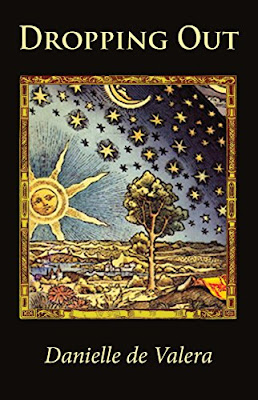 These stories tell episodes in the lives of a number of people who moved to the Northern Rivers area of New South Wales in Australia as a result of the Aquarius Festival held in Nimbin in 1973. De Valera moved to the area in 1977. She writes about what brought these people to Murwillumbah, why they stayed, why they left, why they came back again. She draws beautiful pictures of the beauty and the hardships of life in this remote area at a time when almost all its traditional means of making a living were dead or dying. The stories cover 35 years.

And then there is the final story. More of that one anon.

Danielle de Valera has had a chequered career, raising her family whilst working variously as a botanist, an editor, a cataloguer for the Queensland Department of Primary Industries Library and the John Oxley Library, and on the main floor of Arnott’s biscuit factory. She is best known for her short stories, which have appeared in diverse publications including Penthouse, Aurealis and Australian Women’s Weekly. Some of these linked stories were first published in that way. And you can buy several of them as standalones on Kindle.

I loved these stories. There is a sense of being out of time, in a rugged, basic Narnia which people found, and loved, and then stayed. People flee from it from time to time when the life there gets too hard, but they return as well because it has a siren call. Life in this Narnia has simple attractions. If you have an issue with the law, this is a place to hide. If you ARE the law, and want a change of pace, it’s good too. If you don’t want to pay taxes, or have people telling you what to do, or if you just need some peace, this is the place for you.

If you asked one of your parents to tell you stories of ‘the old days’, each time you’d hear a different story about the people your mum (or dad) was friends with. You’d probably think about what might’ve happened to those people in between stories. In the end you’d come to know the people in the stories really well. So well that you’d ask mum to tell you another story about Star or God or Baby in Murwillumbah. That’s what this book is like. When I finished it, I kept thinking about the characters in it, wondering what they got up to in the interstices when de Valera wasn’t writing about them. I can’t remember the last book that had this effect on me: I shall definitely read it again.

The stories are told with great pace and verve. They are both gritty and poignant. The whole is leavened with wit and humour. (I should tell you I have no idea what a ‘tree change novel’ is.)

The final story is a problem. It is set 120 years in the future, so is out of sync with everything else. I found that hard to adjust to. It is about different characters (unsurprisingly) and isn’t about their descendants either, as far as I can tell (although there is an Azure in the earlier stories and an Azuria in the last one, for reasons I couldn’t unpick). The society it sketches has gaps where more information would have been helpful (eg why were the artificial people created? why the wings?) but does include information dumps about pipe tobacco and bottles of stout. I felt deflated and puzzled by the story. It has cost the book a star, sadly.