Review: Death of a Movie Star by Timothy Patrick 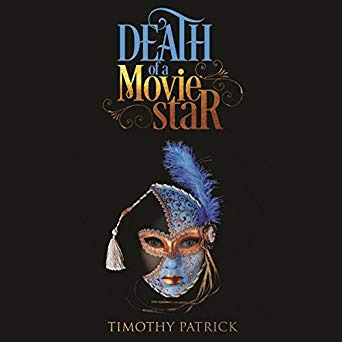 “StarBash is the hottest thing on TV. Featuring desperate actors facing off in madcap competitions to win a movie deal, the reality show is famous for making fools of its fame-starved participants.

So it seems odd that respected Hollywood A-lister Cassandra ‘Casmo’ Moreaux would become a contestant. But her motivation is simple: revenge against the program's producer, Lenora Danmore, the legendary movie star who blacklisted Casmo's mother during the McCarthy era.

Casmo plans to use StarBash to confront and embarrass Lenora in front of the entire country--but what Casmo doesn't know could kill her.

Vindictive and wicked, Lenora is determined to set a trap for the upstart movie star. But when Casmo unexpectedly falls in love with the show's wry host--Lenora's illegitimate son--the murder plot bubbles over with unforeseen complications.

“Tim Patrick learned at an early age about living on both sides of the tracks. His family scraped to pay the rent but he received his primary education at an exclusive boarding school, thanks to smooth talking parents and a generous scholarship. On visiting day Tim watched the parents of his schoolmates arrive in limousines and Lamborghinis. His parents arrived in a utility van that said ‘Patrick's TV Repair’ on the sides.”

A UCLA graduate, Tim is the father of two grown children and lives with his wife in Southern California. This is his second novel.

This was definitely different. It’s satire, poking fun at both Hollywood and the cult of celebrity as well as at reality TV in general. The characters, at least on the surface, fit various Hollywood clichés, yet (just like with most clichés) are a bit deeper and unique than the cliché would lead you to believe. It’s a fun read with a little of a futuristic feel, a bit of a mystery, and a whole lot of laugh and head shake inducing scenes.