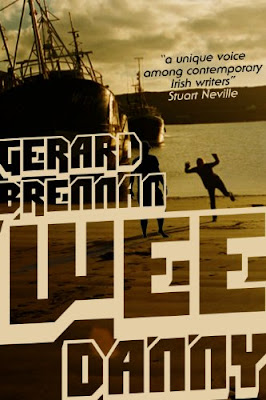 Danny Gibson is in a home for young offenders, in for a stretch after previous bad behavior. He has to prove to his teachers and psychologist that he’s a reformed character before he can be released. But that’s difficult after a lifetime of running wild on the streets of Belfast and when his fellow ‘inmates’ are trying to get him in trouble. Danny knows only one way to act, until he meets Conan that is.

Gerard Brennan lives in Northern Ireland with his family and recently completed an MA in creative writing at Belfast University. Gerard has previously published several other works including the novel, Wee Rockets, a novella, The Point, several short story collections and contributed to a number of anthologies.

You can learn more about Gerard on his website.

Gerard Brennan is one of my favourite authors. He writes highly accomplished and gritty crime fiction. However, underneath the vast majority of his stories are softer human elements, the characters often existing in a dog-eat-dog world but fighting to be something more. One example is Bouncer, a short story from the previously reviewed Other Stories…