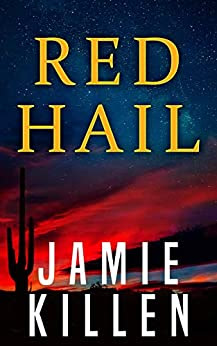 “Professor Colin Ayres has spent years researching the strange story of Galina, Arizona, a sleepy border town ripped apart by violence and paranoia after the outbreak of a mysterious illness in 1960. Colin is certain the Galina Incident was simply a case of mass hysteria. But when his partner, Alonzo, starts exhibiting strange symptoms, Colin is shocked to realize they are the same as those that emerged in Galina decades ago.

As Alonzo’s condition worsens, Colin scrambles to piece together what really happened during that terrible summer in the past. He uncovers a story of murder, corruption, and fanaticism. The deeper he digs, the more he becomes convinced that what happened in Galina wasn’t mass hysteria after all.

When others start to develop the same eerie symptoms, Colin must confront the possibility that someone—or something—is driving the plague. Guided by rumors of a person who found a way to stop the plague in the sixties, Colin races to find answers before the disease destroys Alonzo and everyone else it touches.”

Jaimie Killen is a writer of sci-fi, dark fantasy, and horror who lives in Texas. For more check out her web site and follow her on Twitter.

I’ve read several books over the last few years that have had, as a big part of their storyline, a pandemic or plague or the like. Sometimes the issue was one in the past, like in this book, and other times it is more contemporary, imagining something now or at some point in the future. When these books work for me it is typically for several reasons, not only the intensity of the story, and me as a reader being pulled in and rooting for the characters, but also because it gets me thinking and asking questions. Could something like this really happen? How would I react, would it be the same as the characters in the story or differently?

Given current happenings in the world, my reactions and thoughts to such a book remain all of the above with a bit more immediacy. The “sure, this is fun to think about, but nothing like this is really going to happen” thoughts don’t have the same credibility as usual. I suspect some people would stay away from such a story right now. In my case, I’ve found these books help me cope to some degree with the real world. That the plague in Red Hail is imagined to have been (at least mostly) in the past and geographically limited might help as well.

As for the story under discussion today, I loved it. The various characters (both heroes and villains) were well done, keeping me rooting for the good guys, both past and present, and on the edge of my seat to see how it would all end.

No one here is going to try to talk you out of it, Malcolm. :)