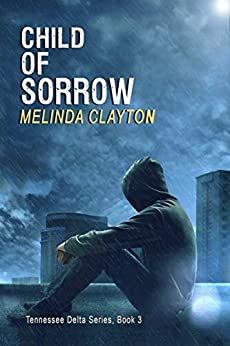 “When fourteen-year-old foster child Johnathan Thomas Woods is suspected of murder, an old letter and a tacky billboard advertisement lead him to the office of attorney Brian Stone. Recognizing the sense of hopelessness lurking under John’s angry façade, Stone is soon convinced of his innocence. When John offers up his lawn-mowing money as payment, Stone realizes this is a case he can’t refuse.

In the face of overwhelming evidence assembled by the prosecution, Stone and his team find themselves in a race against time to save an angry boy who’s experienced more than his fair share of betrayal, a boy who more often than not doesn’t seem interested in saving himself.”

An author with several books to her credit, Melinda Clayton is a licensed psychotherapist, runs a small publishing company that publishes her books as well as a handful of other authors, and a writing teacher for Southern New Hampshire University’s online MFA program. She is also a contributing author at Indies Unlimited. For more, check out her website.

Child of Sorrow has appeal for the obvious reasons a mystery should, something unknown to figure out. In this case trying to determine who really killed Johnathan Thomas Woods’ foster mother. As I was reading, I was doing the obvious, trying to fit the facts as I knew them thus far to the potential suspects. Was it John? Was it someone John was trying to protect? Was it someone who had nothing to do with John? But I also found myself pondering different and, in many ways, bigger issues as well. One of those things I was thinking about was kids who end up in foster homes, or kids who get in legal trouble at a young age, both of which it turns out applied to Brian Stone, John’s attorney, as well as Brian’s assistant and now John. What are the odds of someone in that position turning things around and finding success in life? Does our system tend to help or hinder this? In our fictional story here, how would the story have turned out differently if John hadn’t gotten Brian involved when he did, well before most people would have done such a thing.

This was a great mystery that kept me guessing. It has well-drawn characters
who it is easy to pull for, at least in the case of the good guys, and a plot that got me thinking. Definitely my kind of book.