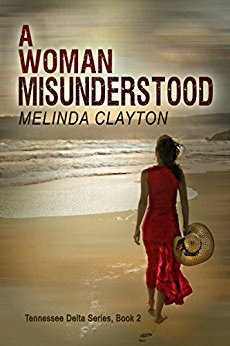 “On a sweltering July morning in rural Tennessee, fifty-year-old Rebecca Reynolds visits the family farm, where she literally stumbles across the mutilated bodies of her parents and younger sister, a sister who had spent life in a wheelchair after a birth fraught with complications.

Rebecca’s first thought is to call 911. Her second is to find her estranged sister, Lena, who was disowned by the family years before. Her third is to wonder how long it will be before Lena is arrested for the murder of their family.

As the police gather evidence pointing to Lena, the sisters turn to attorney Brian Stone. Convinced of Lena’s innocence, he agrees to take on the case. But in a family ripped apart by dysfunction, is anyone truly innocent?”

In addition to writing, Clayton has an Ed.D. in Special Education Administration and is a licensed psychotherapist in the states of Florida and Colorado.”

What a wild ride reading A Woman Misunderstood was. It starts with the book’s protagonist, Rebecca, walking into her childhood home and discovering the decomposing bodies of her mother, father, and one of her sisters. That first short chapter ends with these words:

After I finished screaming, my first thought was to call 911.

My second was to find Lena, my surviving sister.

My third was to wonder how much time we had before her arrest.

This is important, this third thought of mine. If you stick with my story, you’ll understand why.

I hesitate to say much about the story itself other than to say that by the time you, the reader, have a full understanding of the complete repercussions of these statements you’ll be dizzy from the unexpected twists and turns, be shaking your head and saying, “well, I never saw that coming.”

Thank you so much for the review! I'm so glad you couldn't see it coming. ;-)