Review: The Father by Andrés Cruciani 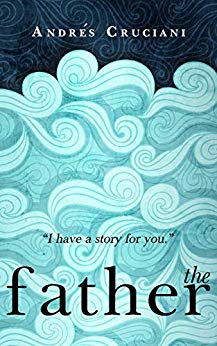 One day, Savage comes home to find his girlfriend, Sarah, crying, holding their shrieking daughter over a bath of steaming water.

That afternoon, Savage takes their money, their baby, and jumps on a bus. When he calls Sarah, she threatens to call the police.

‘If you do, you will never see her again,’ he proclaims.

He begins a life on the lam. But is a life of hiding really the greatness Savage had always dreamed of?”

“After graduating from Cornell, Andrés Cruciani earned a Master's in Education from Brooklyn College and an MFA from The New School. He has been a teacher for 15 years and has taught writing at FIT and the Hispanic Center for Excellence at Albert Einstein College among other places. Andrés has had numerous pieces nominated for awards and published in The Westchester Review, Pamplemousse, Green Mountains Review, and Welter among other magazines. He served as editor for LIT magazine and is the current senior editor of Brooklyn Aikikai Journal. He recently founded Toho Publishing. When not writing, Andrés trains in Aikido.”

As explained in the description, the man who calls himself Savage (among many other names over time) kidnapped his young daughter, leaving her mother, because he felt it was the only way to keep his daughter alive. You can decide for yourself whether that was a reasonable interpretation or the most appropriate reaction. I’ve decided that he believed it and that’s what matters.

This is their story as Savage tries to provide his daughter a life that is as normal as he can make it, even though it is far from normal, all while trying to hide from his daughter the reality of their life. The author has a way with words, with his turns of phrase varying from the lyrical to the literary. Savage’s love for his daughter comes through loud and clear as well. While in many ways this is a dark story, it’s also the opposite, with its chronicling of a father’s love and the lengths this father will go to for his daughter.