Review: To Be Continued... by Robert Luhn 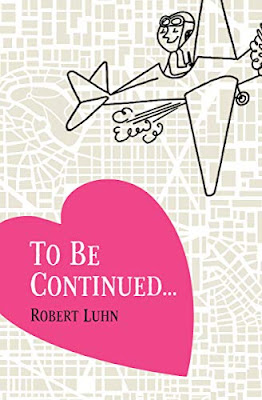 “A collection of semi-humorous stories.”

A longtime writer and editor of computer magazines going back to PC magazine in the last century, Robert Luhn has contributed to many magazines over the years, many of them (Harper’s, The Christian Science Monitor, and Omni for example) having nothing to do with computers.

I’ll kick this off with a quote that led off one section of this book and says a lot, at least to me:

“Those who can’t do kvetch. Those who think they can do, but really can’t, kvetch a lot. And those who like to gripe and get paid for it become critics.”

I’ve often said, at least half seriously, that those who can do, those who can’t critique. Yes, my approach was plagiarizing or rewording or repurposing or whatever you want to call it after first starting with George Bernard Shaw’s famous quote about teaching, I suppose you could say that Robert Luhn’s approach was as well. But it changed it enough to be well clear of any valid claims of theft while giving a good hint at his sense of humor, the most distinguishing characteristic of all the stories and other writings in this collection.

I say “other writings” above because, while this could be viewed as a collection of writings, each of which stand alone, some of them are short stories, some are (or at least appear to be) true. Then you’ve got the record reviews, although the records don’t actually exist, it’s satire. What ties it all together is every story (or whatever) has humor involved, whether satire, parody, or just funny stuff as part of the story. I don’t remember if it ever explicitly says so, but my assumption is that some of these have probably made an appearance in magazines or other places over the years. Some of it might have been based on some scrawlings the author did years ago and couldn’t find the right magazine editor to publish it. And no doubt some was written recently, maybe even to put in the collection.

You’ll find some references are dated (I remember the days of Joe Montana and computer floppy disks, but unless you’re at least approaching middle age you’ll have to imagine or ask an elderly person like me to explain those parts.) But if you’ve got a quirky sense of humor and appreciate the same in others, this collection should do a good job keeping you entertained for a few hours.